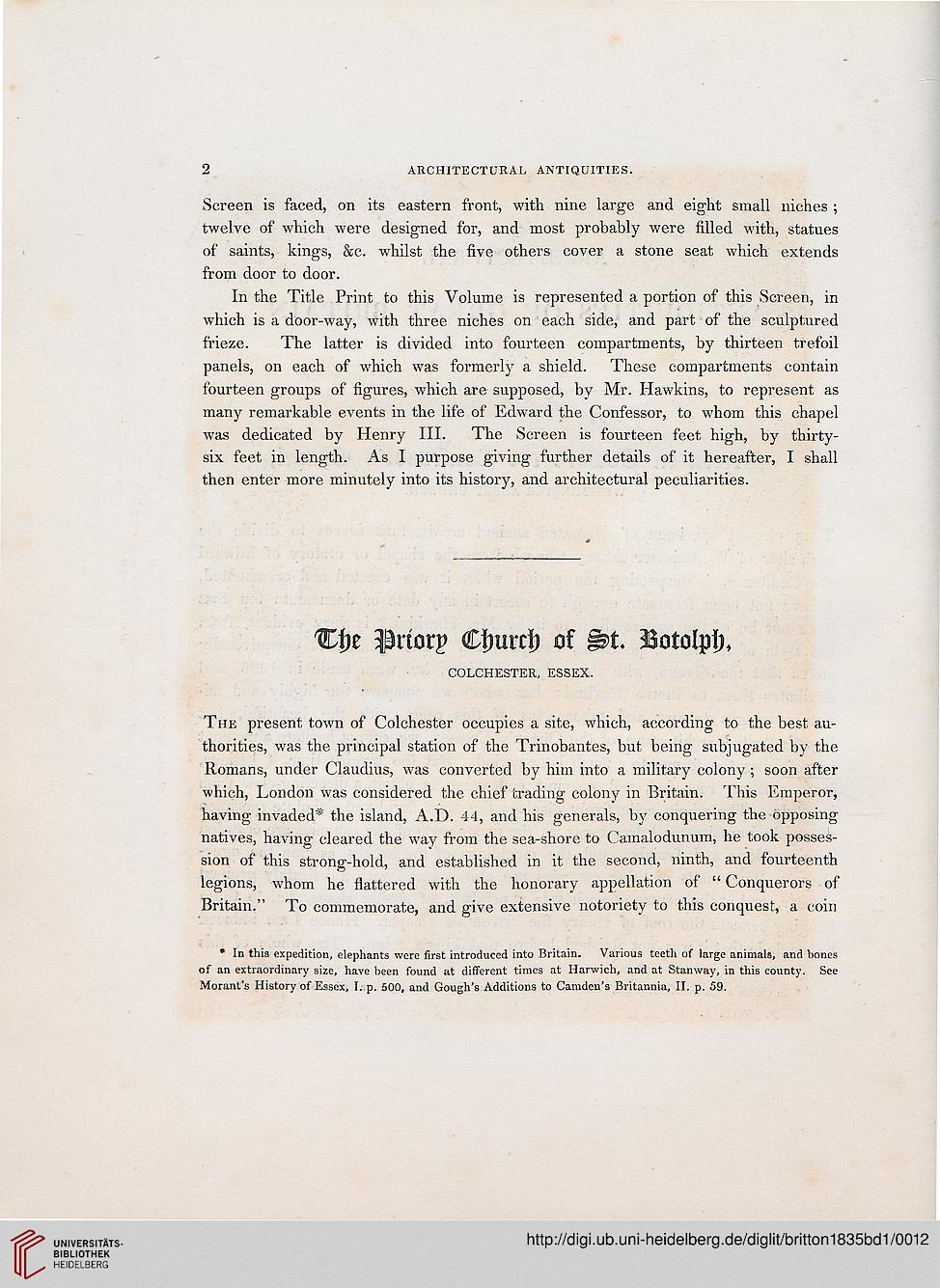 Screen is faced, on its eastern front, with nine large and eight small niches ;
twelve of which were designed for, and most probably were filled with, statues
of saints, kings, &c. whilst the five others cover a stone seat which extends
from door to door.

In the Title Print to this Volume is represented a portion of this Screen, in
which is a door-way, with three niches on each side, and part of the sculptured
frieze. The latter is divided into fourteen compartments, by thirteen trefoil
panels, on each of which was formerly a shield. These compartments contain
fourteen groups of figures, which are supposed, by Mr. Hawkins, to represent as
many remarkable events in the life of Edward the Confessor, to whom this chapel
was dedicated by Henry III. The Screen is fourteen feet high, by thirty-
six feet in length. As I purpose giving further details of it hereafter, I shall
then enter more minutely into its history, and architectural peculiarities.

The present town of Colchester occupies a site, which, according to the best au-
thorities, was the principal station of the Trinobantes, but being subjugated by the
Romans, under Claudius, was converted by him into a military colony ; soon after
which, London was considered the chief trading colony in Britain. This Emperor,
having invaded* the island, A.D. 44, and his generals, by conquering the opposing
natives, having cleared the way from the sea-shore to Camalodunum, he took posses-
sion of this strong-hold, and established in it the second, ninth, and fourteenth
legions, whom he flattered with the honorary appellation of " Conquerors of
Britain." To commemorate, and give extensive notoriety to this conquest, a coin

* In this expedition, elephants were first introduced into Britain. Various teeth of large animals, and bones
of an extraordinary size, have been found at different times at Harwich, and at Stanway, in this county. See
Morant's History of Essex, I. p. 500, and Cough's Additions to Camden's Britannia, II. p. 59.