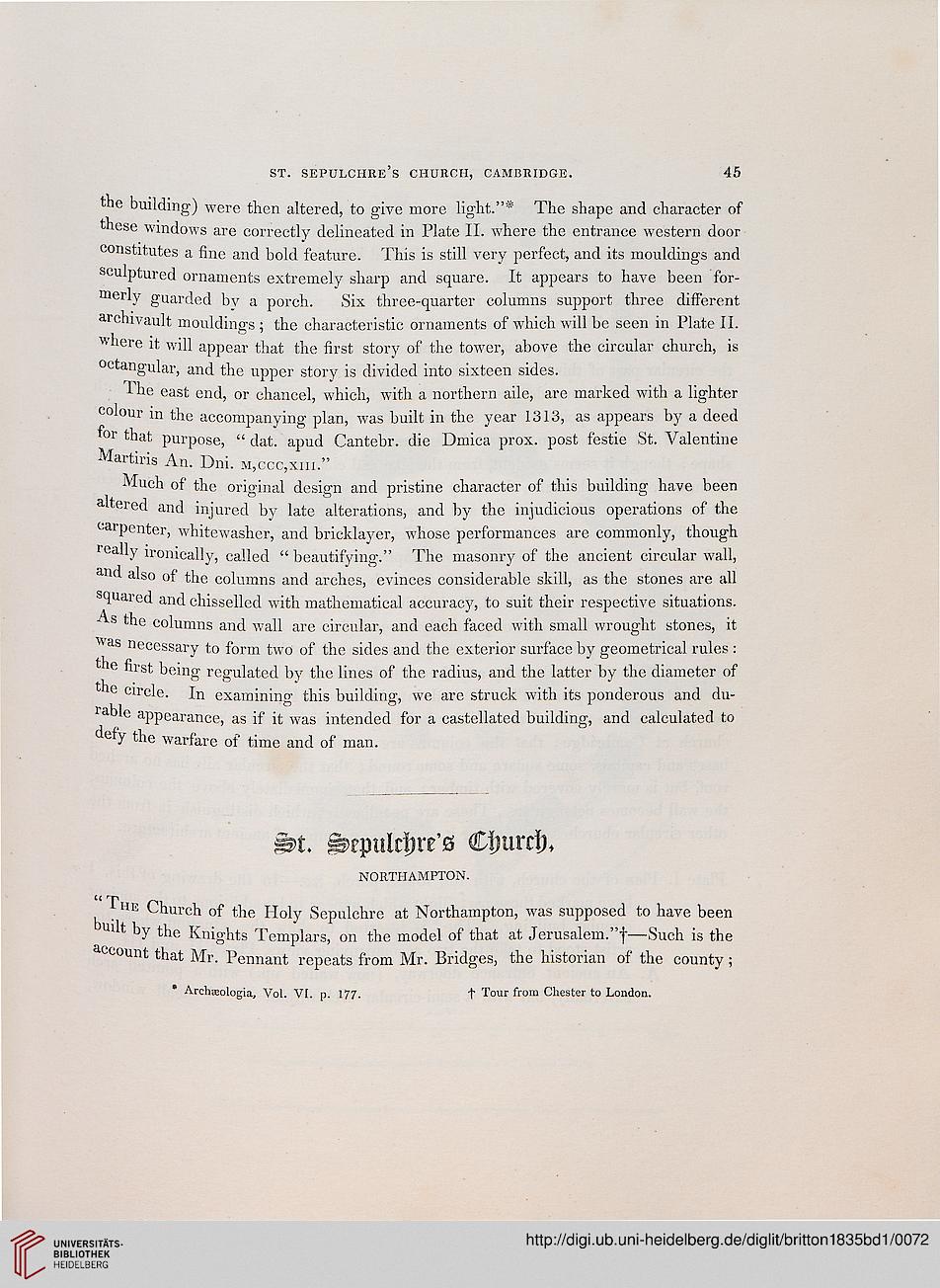 the building) were then altered, to give more light."* The shape and character of
these windows are correctly delineated in Plate II. where the entrance western door
constitutes a fine and bold feature. This is still very perfect, and its mouldings and
sculptured ornaments extremely sharp and square. It appears to have been for-
merly guarded by a porch. Six three-quarter columns support three different
archivault mouldings ; the characteristic ornaments of which will he seen in Plate II.
where it will appear that the first story of the tower, above the circular church, is
octangular, and the upper story is divided into sixteen sides.

The east end, or chancel, which, with a northern aile, are marked with a lighter
colour in the accompanying plan, was built in the year 1313, as appears by a deed
for that purpose, " dat. apud Cantebr. die Dmica prox. post festie St. Valentine
Martins An. Dni. m,ccc,xui."

Much of the original design and pristine character of this building have been
altered and injured by late alterations, and by the injudicious operations of the
carpenter, whitewasher, and bricklayer, whose performances are commonly, though
really ironically, called " beautifying." The masonry of the ancient circular wall,
and also of the columns and arches, evinces considerable skill, as the stones are all
squai ed and chisselled with mathematical accuracy, to suit their respective situations.

s columns and wall are circular, and each faced with small wrought stones, it
was necessary to form two of the sides and the exterior surface by geometrical rules :
w first being regulated by the lines of the radius, and the latter by the diameter of
Lne circle. In

examining this building, we are struck with its ponderous and du-
rable appearance, as if it was intended for a castellated building, and calculated to
d«t'y the warfare of time and of

HE Church of the Holy Sepulchre at Northampton, was supposed to have been
uilt by the Knights Templars, on the model of that at Jerusalem."f—Such is the
account that Mr. Pennant repeats from Mr. Bridges, the historian of the county;