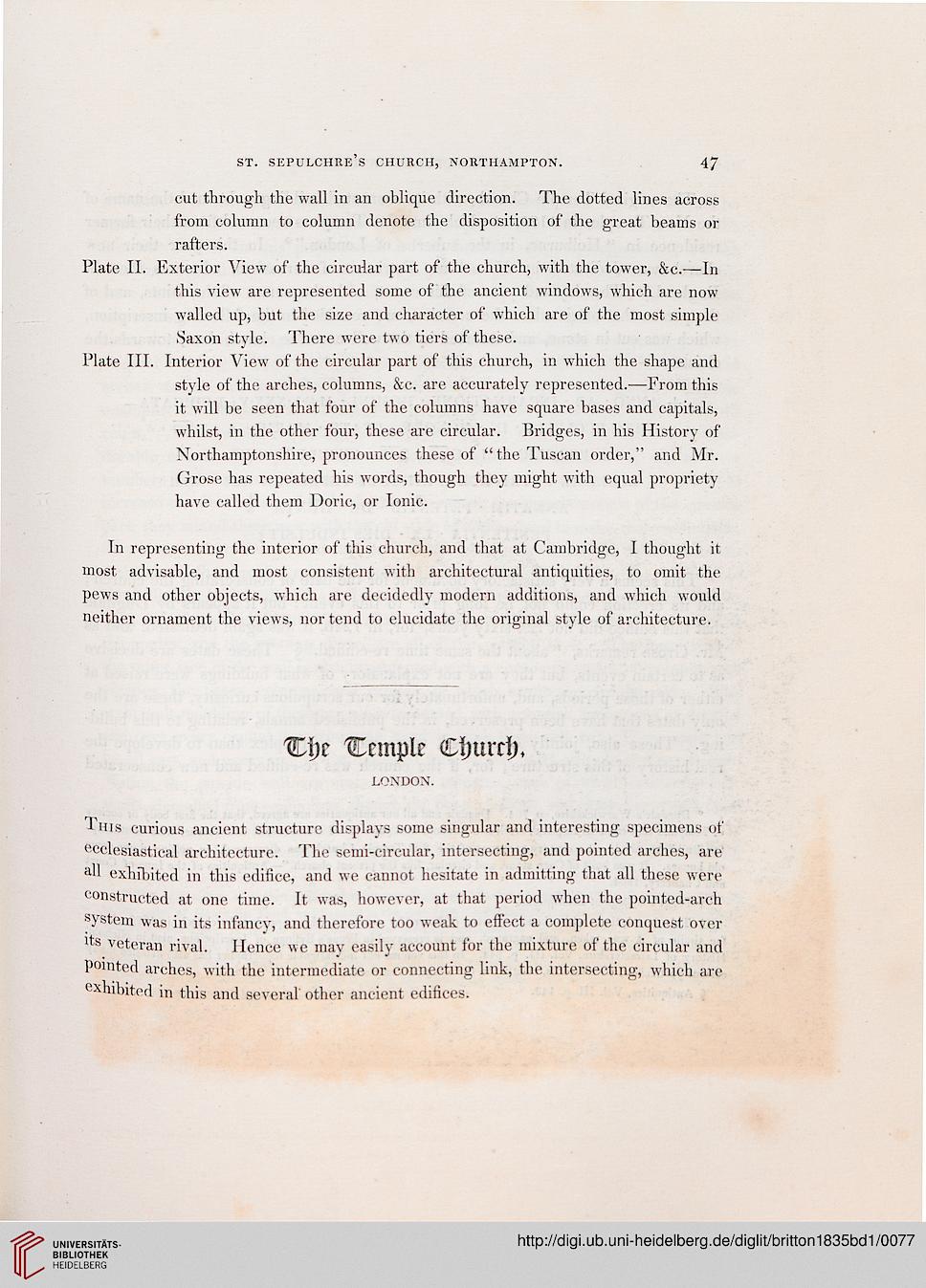 cut through the wall in an oblique direction. The dotted lines across
from column to column denote the disposition of the great beams or
rafters.

Plate II. Exterior View of the circular part of the church, with the tower, &c.—In
this view are represented some of the ancient windows, which are now
walled up, but the size and character of which are of the most simple
Saxon style. There were two tiers of these.

Plate III. Interior View of the circular part of this church, in which the shape and
style of the arches, columns, &c. are accurately represented.—From this
it will be seen that four of the columns have square bases and capitals,
whilst, in the other four, these are circular. Bridges, in his History of
Northamptonshire, pronounces these of "the Tuscan order," and Mr.
Grose has repeated his words, though they might with equal propriety
have called them Doric, or Ionic.

In representing the interior of this church, and that at Cambridge, I thought it
most advisable, and most consistent with architectural antiquities, to omit the
pews and other objects, which are decidedly modern additions, and which would
neither ornament the views, nor tend to elucidate the original style of architecture.

This curious ancient structure displays some singular and interesting specimens of
ecclesiastical architecture. The semi-circular, intersecting, and pointed arches, are
aU exhibited in this edifice, and we cannot hesitate in admitting that all these were
constructed at one time. It was, however, at that period when the pointed-arch
system was in its infancy, and therefore too weak to effect a complete conquest over
its veteran rival. Hence we may easily account for the mixture of the circular and
pointed arches, with the intermediate or connecting link, the intersecting, which are
exhibited in this and several other ancient edifices.