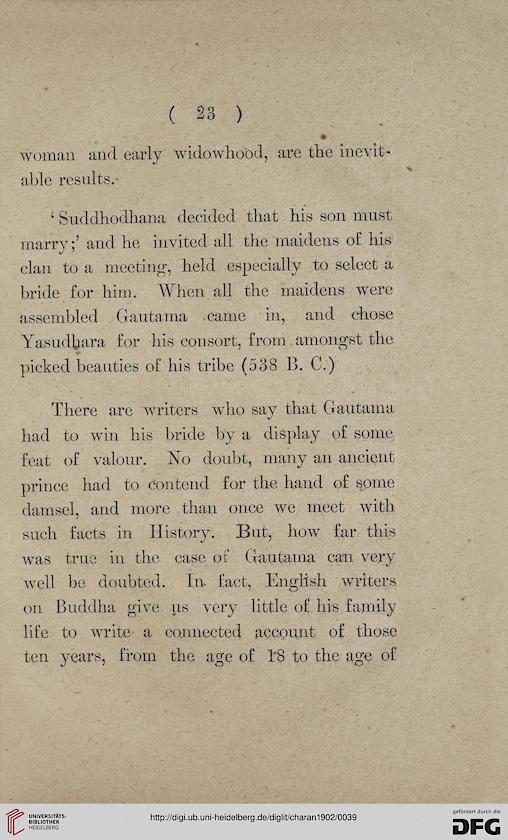 Scroll
OCR fulltext
Information about OCR text
( 23 )
. *
woman and early widowhood, are the inevit-
able results.
‘ Suddhodhana decided that his son must
marry;’ and he invited all the maidens of his
clan to a meeting, held especially to select a
bride for him. When all the maidens were
assembled Gautama came in, and chose
Yasudhara for his consort, from amongst the
picked beauties of his tribe (538 B. C.)
There are writers who say that Gautama
had to win his bride by a display of some
feat of valour. No doubt, many an ancient
prince had to contend for the hand of some
damsel, and more than once we meet with
such facts in History. But, how far this
was true in the case of Gautama can very
well be doubted. In fact, English writers
on Buddha give us very little of his family
life to write a connected account of those
ten years, from the age of 18 to the age of