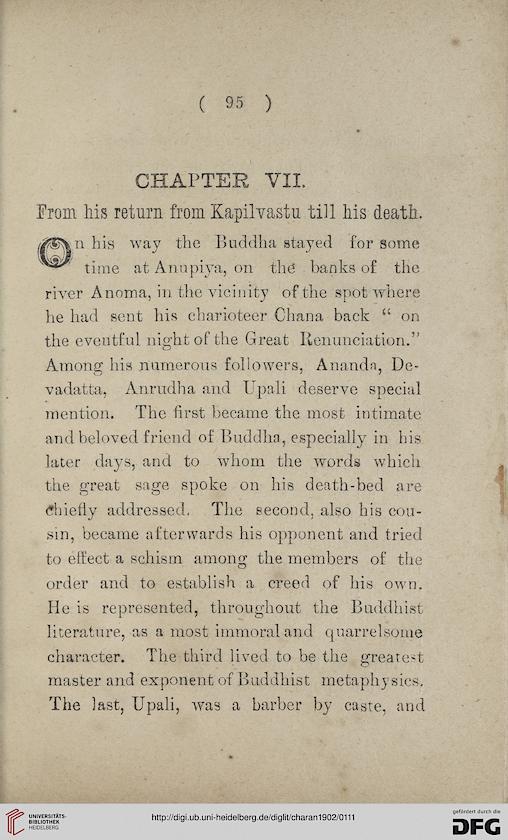 CHAPTER VII.
From his return from Kapilvastu till his death,
his way the Buddha stayed for gome
time at Anupiya, on the banks of the
river Anoma, in the vicinity of the spot where
he had sent his charioteer Ghana back “ on
the eventful night of the Great Renunciation.”
Among his numerous followers, Ananda, De-
vadatta, Anrudha and Upali deserve special
mention. The first became the most intimate
and beloved friend of Buddha, especially in his
later days, and to whom the words which
the great sage spoke on his death-bed are
chiefly addressed. The second, also his cou-
sin, became afterwards his opponent and tried
to effect a schism among the members of the
order and to establish a creed of his own.
He is represented, throughout the Buddhist
literature, as a most immoral and quarrelsome
character. The third lived to be the greatest
master and exponent of Buddhist metaphysics.
The last, Upali, was a barber by caste, and