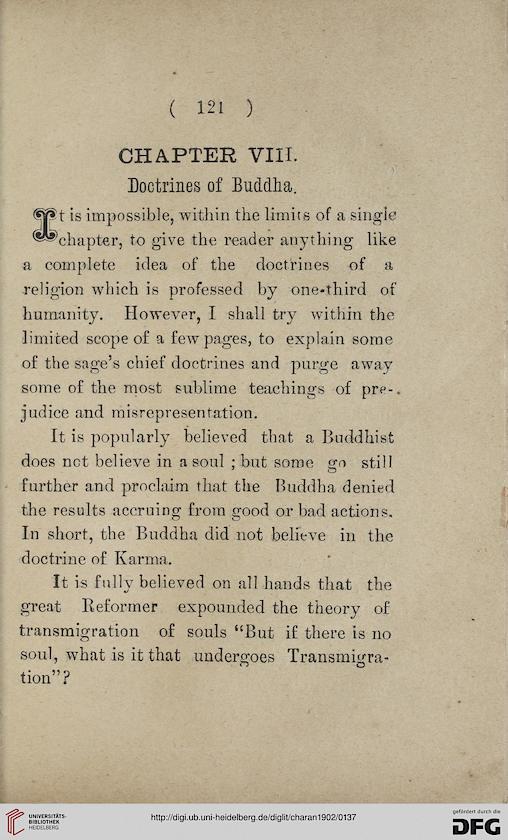 Scroll
OCR fulltext
Information about OCR text
CHAPTER VIII.
Doctrines of Buddha.
Ot is impossible, within the limits of a single
^chapter, to give the reader anything like
a complete idea of the doctrines of a
religion which is professed by one-third of
humanity. However, I shall try within the
limited scope of a few pages, to explain some
of the sage’s chief doctrines and purge away
some of the most sublime teachings of pre-.
judice and misrepresentation.
It is popularly believed that a Buddhist
does net believe in a soul ; but some go still
further and proclaim that the Buddha denied
the results accruing from good or bad actions.
In short, the Buddha did not believe in the
doctrine of Karma.
It is fully believed on all hands that the
great Reformer expounded the theory of
transmigration of souls “But if there is no
soul, what is it that undergoes Transmigra-
tion”?