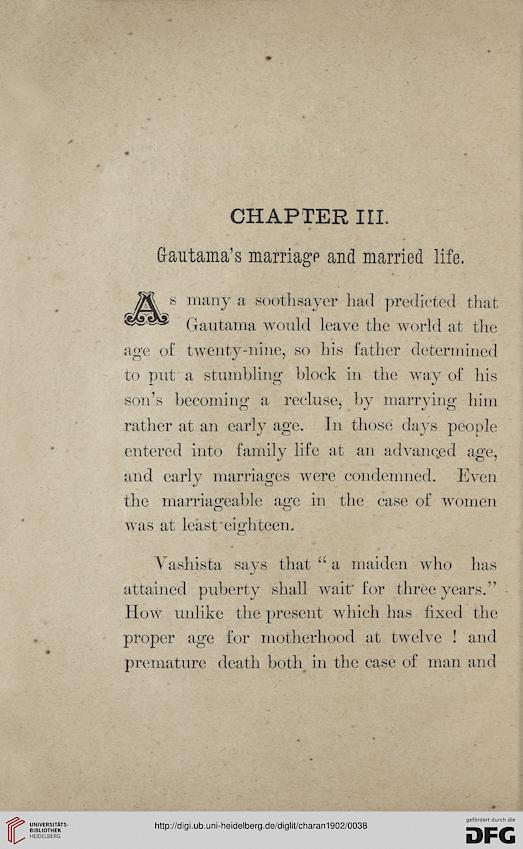 Scroll
OCR fulltext
Information about OCR text
CHAPTER III.
Gautama’s marriage and married life.
s many a soothsayer had predicted that
Gautama would leave the world at the
age of twenty-nine, so his father determined
to put a stumbling block in the way of his
son’s becoming a recluse, by marrying him
rather at an early age. In those days people
entered into family life at an advanced age,
and early marriages were condemned. Even
the marriageable age in the case of women
was at least eighteen.
Vashista says that “ a maiden who has
attained puberty shall wait for three years.”
How unlike the present which has fixed the
proper age for motherhood at twelve 1 and
premature death both in the case of man and