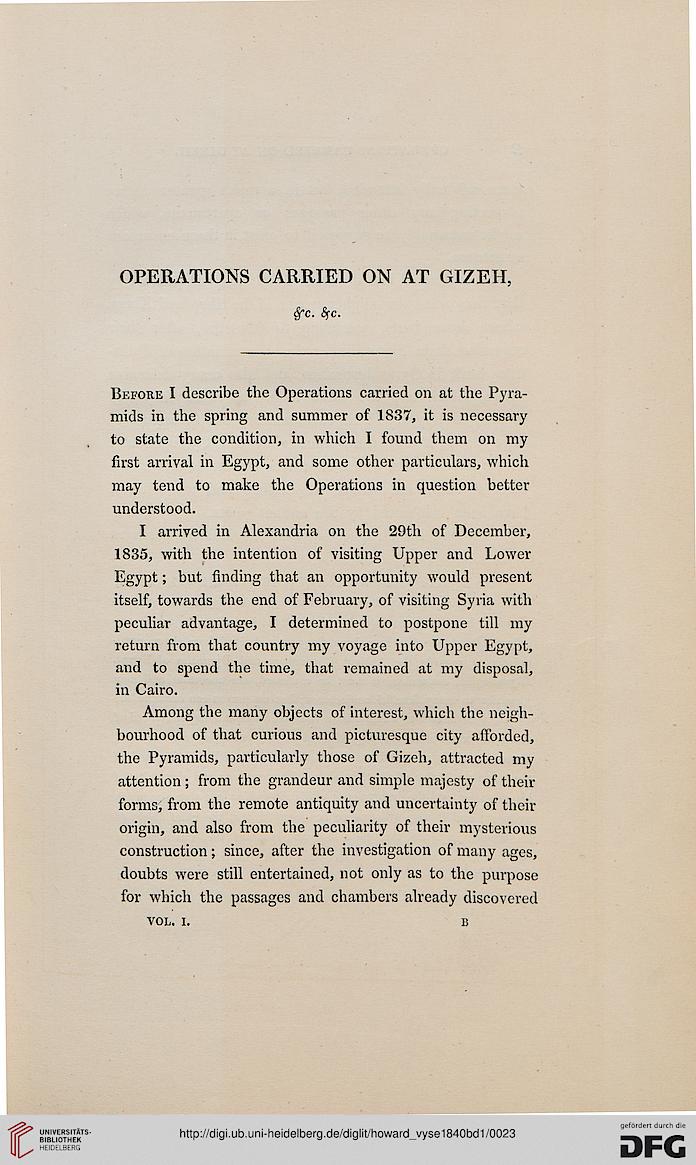 Before I describe the Operations carried on at the Pyra-
mids in the spring and summer of 1837, it is necessary
to state the condition, in which I found them on my
first arrival in Egypt, and some other particulars, which
may tend to make the Operations in question better
understood.

I arrived in Alexandria on the 29th of December,
1835, with the intention of visiting Upper and Lower
Egypt; but finding that an opportunity would present
itself, towards the end of February, of visiting Syria with
peculiar advantage, I determined to postpone till my
return from that country my voyage into Upper Egypt,
and to spend the time, that remained at my disposal,
in Cairo.

Among the many objects of interest, which the neigh-
bourhood of that curious and picturesque city afforded,
the Pyramids, particularly those of Gizeh, attracted my
attention ; from the grandeur and simple majesty of their
forms, from the remote antiquity and uncertainty of their
origin, and also from the peculiarity of their mysterious
construction; since, after the investigation of many ages,
doubts were still entertained, not only as to the purpose
for which the passages and chambers already discovered