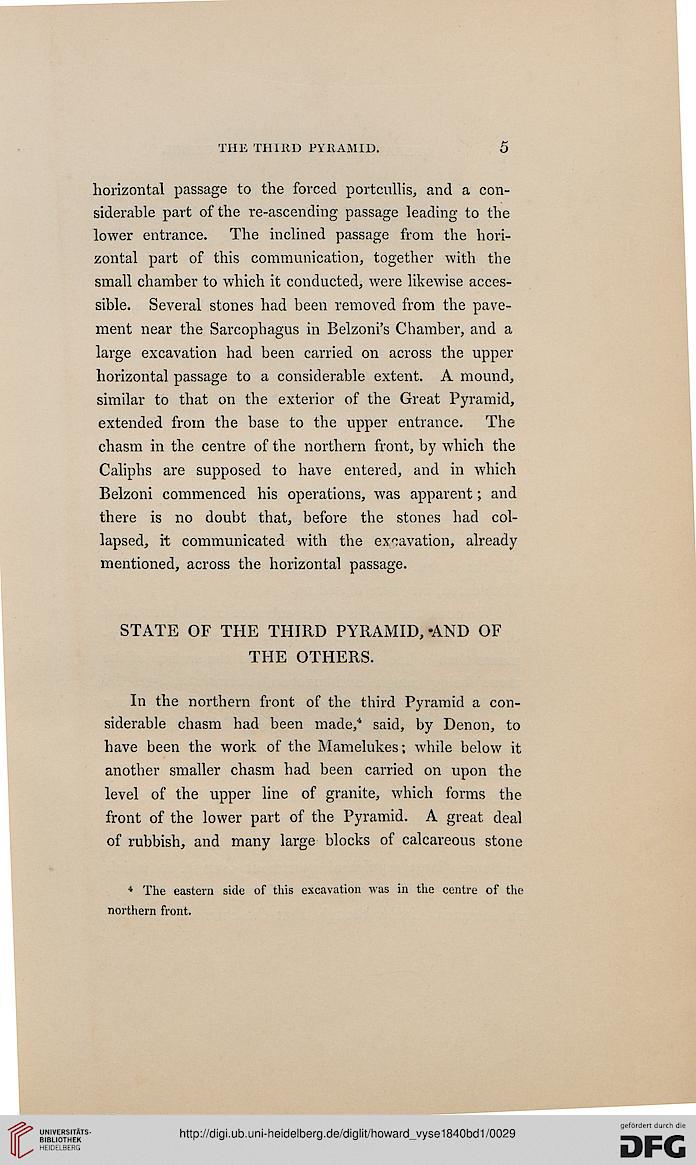 horizontal passage to the forced portcullis, and a con-
siderable part of the re-ascending passage leading to the
lower entrance. The inclined passage from the hori-
zontal part of this communication, together with the
small chamber to which it conducted, were likewise acces-
sible. Several stones had been removed from the pave-
ment near the Sarcophagus in Belzoni's Chamber, and a
large excavation had been carried on across the upper
horizontal passage to a considerable extent. A mound,
similar to that on the exterior of the Great Pyramid,
extended from the base to the upper entrance. The
chasm in the centre of the northern front, by which the
Caliphs are supposed to have entered, and in which
Belzoni commenced his operations, was apparent; and
there is no doubt that, before the stones had col-
lapsed, it communicated with the excavation, already
mentioned, across the horizontal passage.

STATE OF THE THIRD PYRAMID,-AND OF
THE OTHERS.

In the northern front of the third Pyramid a con-
siderable chasm had been made,4 said, by Denon, to
have been the work of the Mamelukes; while below it
another smaller chasm had been carried on upon the
level of the upper line of granite, which forms the
front of the lower part of the Pyramid. A great deal
of rubbish, and many large blocks of calcareous stone

4 The eastern side of this excavation was in the centre of the
northern front.