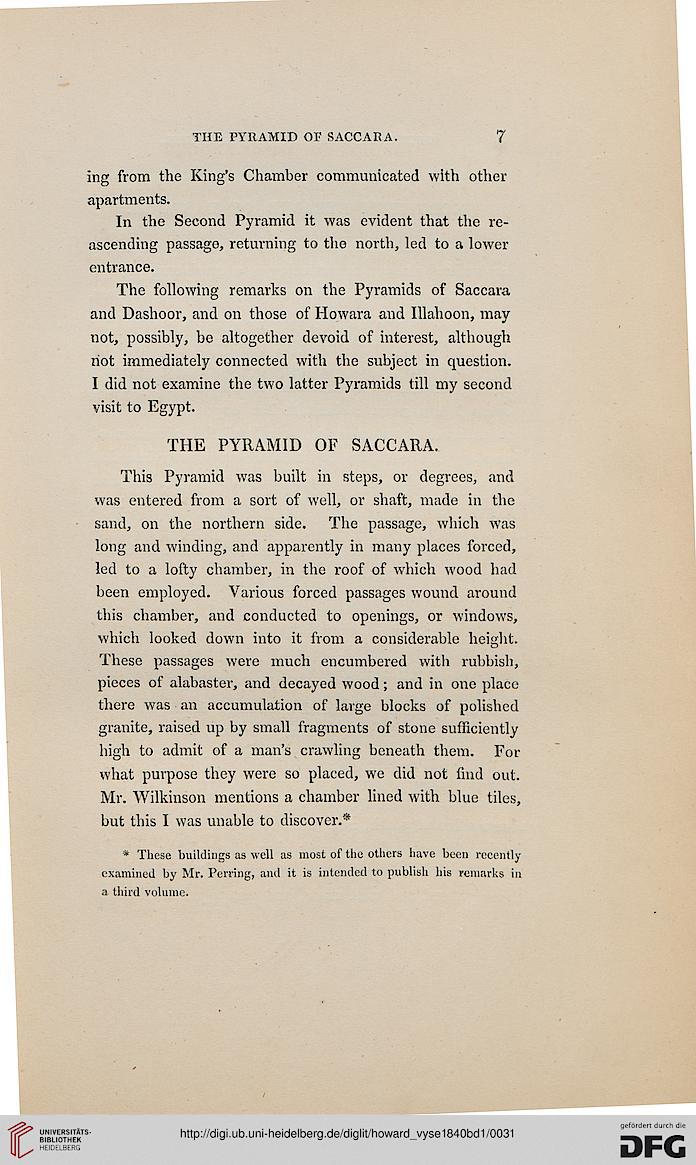 ing from the King's Chamber communicated with other
apartments.

In the Second Pyramid it was evident that the re-
ascending passago, returning to the north, led to a lower
entrance.

The following remarks on the Pyramids of Saccara
and Dashoor, and on those of Howara and Illahoon, may
not, possibly, be altogether devoid of interest, although
hot immediately connected with the subject in question.
I did not examine the two latter Pyramids till my second
visit to Egypt.

This Pyramid was built in steps, or degrees, and
was entered from a sort of well, or shaft, made in the
sand, on the northern side. The passage, which was
long and winding, and apparently in many places forced,
led to a lofty chamber, in the roof of which wood had
been employed. Various forced passages wound around
this chamber, and conducted to openings, or windows,
which looked down into it from a considerable height.
These passages were much encumbered with rubbisb,
pieces of alabaster, and decayed wood; and in one place
there was an accumulation of large blocks of polished
granite, raised up by small fragments of stone sufficiently
high to admit of a man's crawling beneath them. For
what purpose they were so placed, we did not find out.
Mr. Wilkinson mentions a chamber lined with blue tiles,
but this I was unable to discover.*

* These buildings as well as most of the others have been recently
examined by Mr. Perring, and it is intended to publish his remarks in
a. third volume.