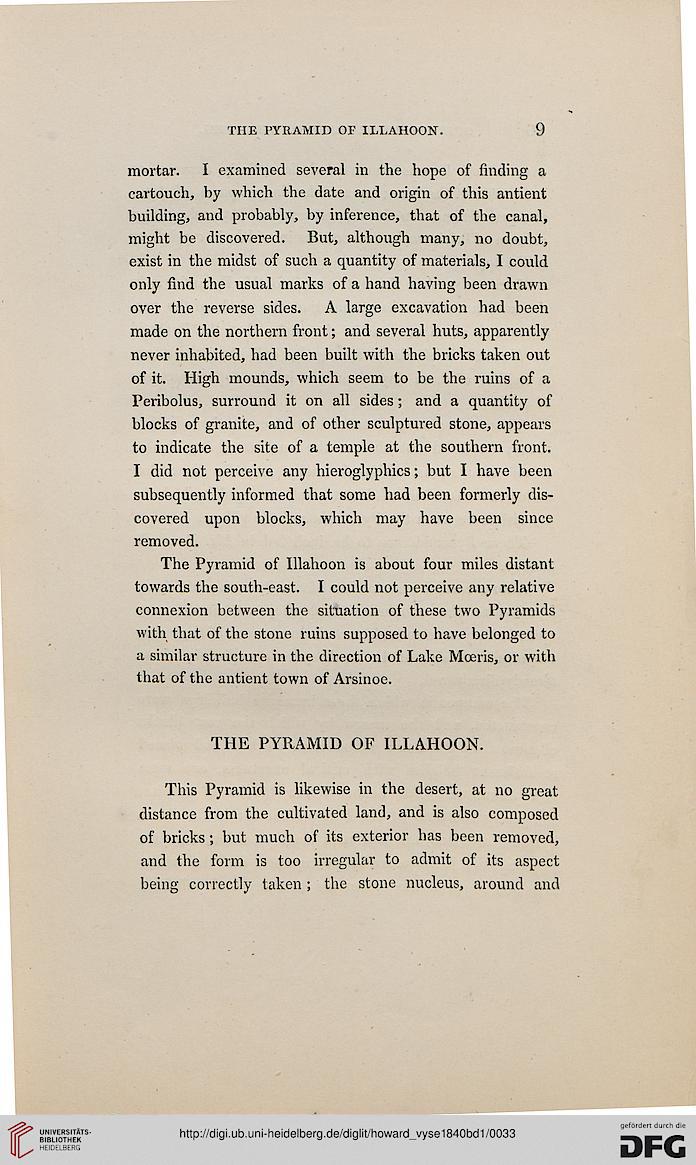 mortar. I examined several in the hope of finding a
cartouch, by which the date and origin of this antient
building, and probably, by inference, that of the canal,
might be discovered. But, although many, no doubt,
exist in the midst of such a quantity of materials, I could
only find the usual marks of a hand having been drawn
over the reverse sides. A large excavation had been
made on the northern front; and several huts, apparently
never inhabited, had been built with the bricks taken out
of it. High mounds, which seem to be the ruins of a
Peribolus, surround it on all sides ; and a quantity of
blocks of granite, and of other sculptured stone, appears
to indicate the site of a temple at the southern front.
I did not perceive any hieroglyphics; but I have been
subsequently informed that some had been formerly dis-
covered upon blocks, which may have been since
removed.

The Pyramid of Illahoon is about four miles distant
towards the south-east. I could not perceive any relative
connexion between the situation of these two Pyramids
with that of the stone ruins supposed to have belonged to
a similar structure in the direction of Lake Mceris, or with
that of the antient town of Arsinoe.

This Pyramid is likewise in the desert, at no great
distance from the cultivated land, and is also composed
of bricks; but much of its exterior has been removed,
and the form is too irregular to admit of its aspect
being correctly taken ; the stone nucleus, around and