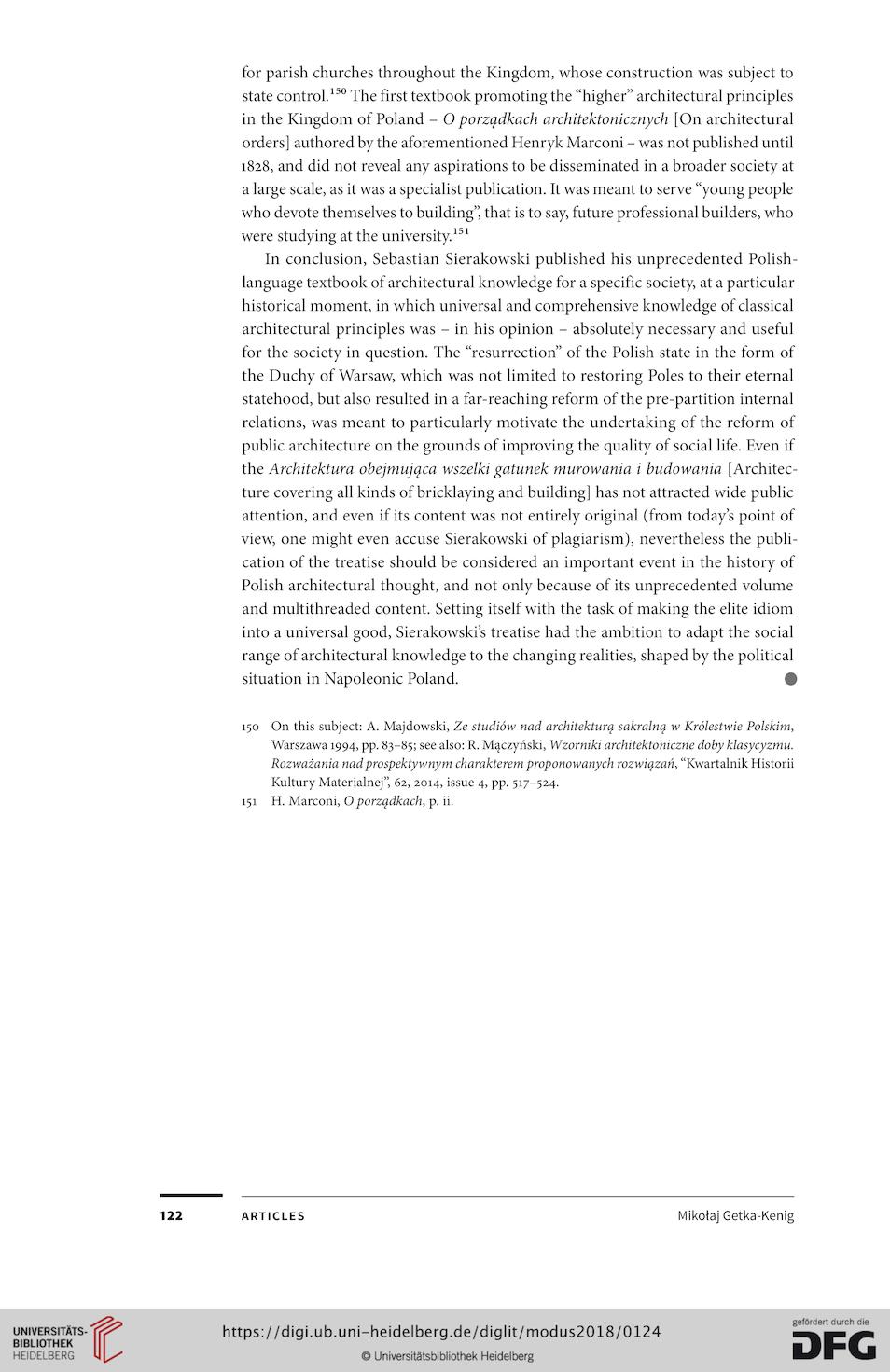 Scroll
OCR fulltext
Information about OCR text
for parish churches throughout the Kingdom, whose construction was subject to
State control.150 The first textbook promoting the “higher” architectural principles
in the Kingdom of Poland - O porządkach architektonicznych [On architectural
orders] authored by the aforementioned Henryk Marconi - was not published until
1828, and did not reveal any aspirations to be disseminated in a broader society at
a large scalę, as it was a specialist publication. It was meant to serve “young people
who devote themselves to building”, that is to say, futurę professional builders, who
were studying at the university.151
In conclusion, Sebastian Sierakowski published his unprecedented Polish-
language textbook of architectural knowledge for a specific society, at a particular
historical moment, in which universal and comprehensive knowledge of classical
architectural principles was - in his opinion - absolutely necessary and useful
for the society in question. The “resurrection” of the Polish State in the form of
the Duchy of Warsaw, which was not limited to restoring Poles to their eternal
statehood, but also resulted in a far-reaching reform of the pre-partition internal
relations, was meant to particularly motivate the undertaking of the reform of
public architecture on the grounds of improving the quality of social life. Even if
the Architektura obejmująca wszelki gatunek murowania i budowania [Architec-
ture covering all kinds of bricklaying and building] has not attracted wide public
attention, and even if its content was not entirely original (from today s point of
view, one might even accuse Sierakowski of plagiarism), nevertheless the publi-
cation of the treatise should be considered an important event in the history of
Polish architectural thought, and not only because of its unprecedented volume
and multithreaded content. Setting itself with the task of making the elite idiom
into a universal good, Sierakowskis treatise had the ambition to adapt the social
rangę of architectural knowledge to the changing realities, shaped by the political
situation in Napoleonie Poland. •