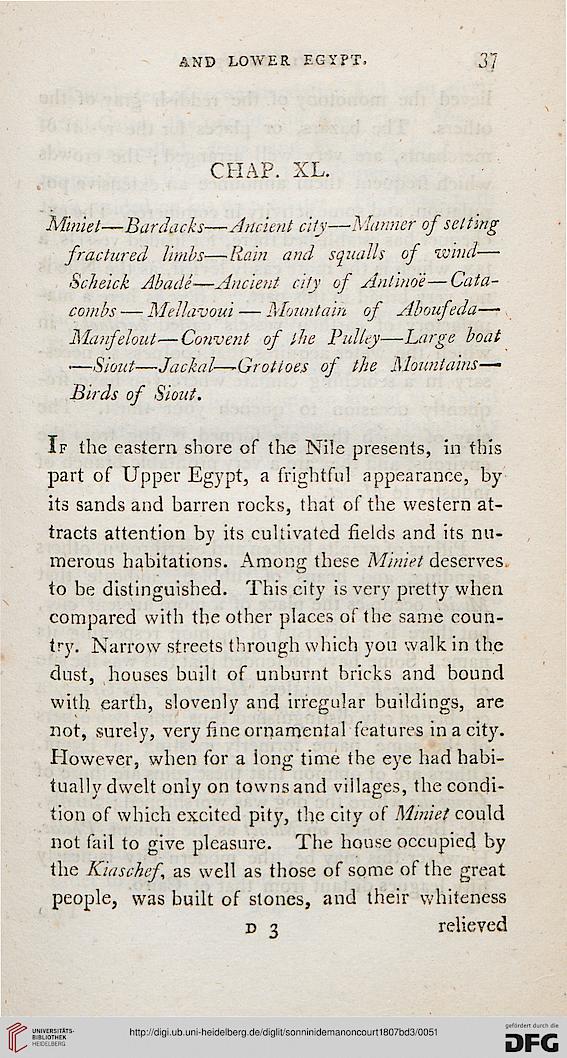 If the eastern shore of the Nile presents, in this
part of Upper Egypt, a frightful appearance, By'
its sands and barren rocks, that of the western at-
tracts attention by its cultivated fields and its nu-
merous habitations. Among these Miniet deserves,
to be distinguished. This city is very pretty when
compared with the other places of the same coun-
try. Narrow streets through which you walk in the
dust, houses built of unburnt bricks and bound
with earth, slovenly and irregular buildings, are
not, surely, very fine ornamental features in a city.
However, when for a long time the eye had habi-
tually dwelt only on towns and villages, the condi-
tion of which excited pity, the city of Miniet could
not fail to give pleasure. The house occupied by
the Kiaschef as well as those of some of the great
people, was built of stones, and their whiteness
d 3 relieved