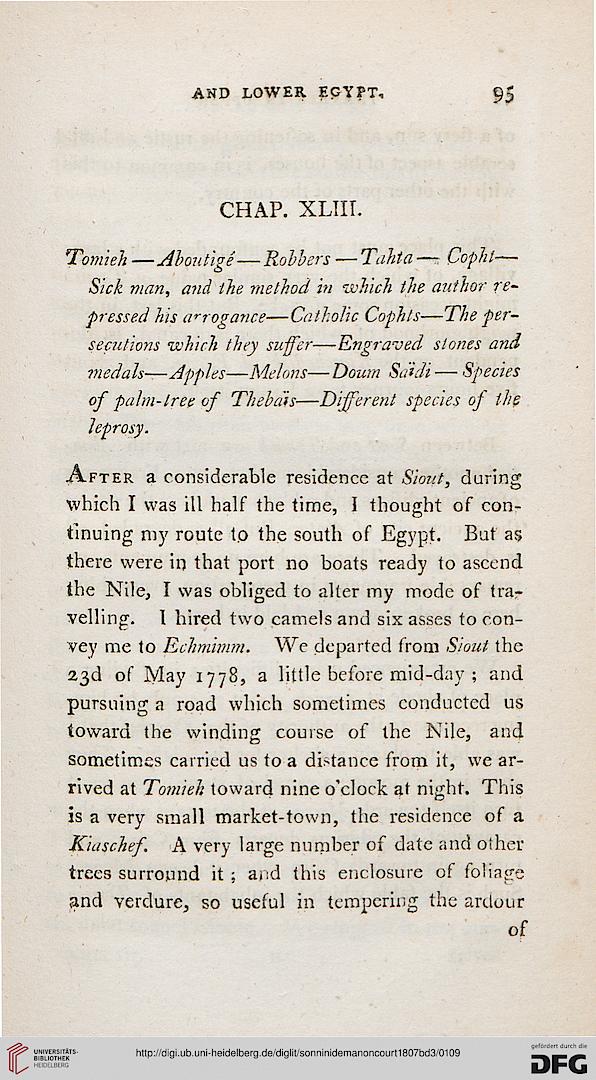 After a considerable residence at Siout, during
which I was ill half the time, 1 thought of con-
tinuing my route to the south of Egypt. But as
there were in that port no boats ready to ascend
the Nile, I was obliged to alter my mode of trar
veiling. I hired two camels and six asses to con-
vey me to Echmimni. We departed from Si out the
23d of May 1778, a little before mid-day ; and
pursuing a road which sometimes conducted us
toward the winding course of the Nile, and
sometimes carried us to a distance from it, we ar-
rived at Tomieh toward nine o'clock at night. This
is a very small market-town, the residence of a
Kiaschef. A very large number of date and other
trees surround it ; and this enclosure of fbHagc
and verdure, so useful in tempering the ardour