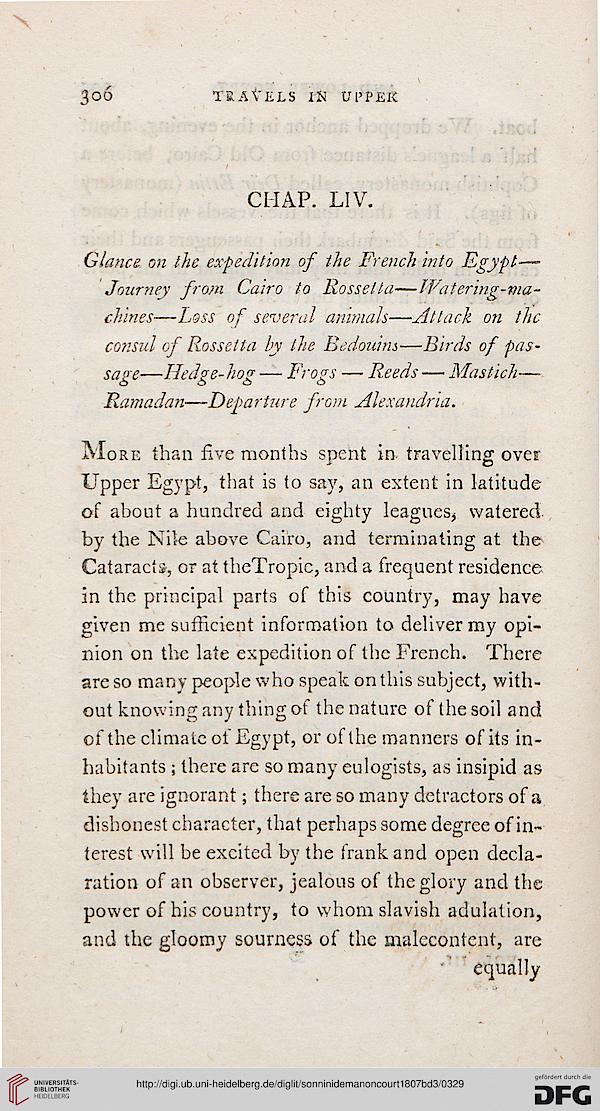 More than five months spent in travelling over
Upper Egypt, that is to say, an extent in latitude
of about a hundred and eighty leagues, watered
by the Nile above Cairo, and terminating at the
Cataracts, or at theTropic, and a frequent residence
in the principal parts of this country, may have
given me sufficient information to deliver my opi-
nion on the late expedition of the French. There
arc so many people who speak on this subject, with-
out knowing any thing of the nature of the soil and
of the climate of Egypt, or of the manners of its in-
habitants ; there arc so many eulogists, as insipid as
they are ignorant; there are so many detractors of a
dishonest character, that perhaps some degree of in-
terest will be excited by the frank and open decla-
ration of an observer, jealous of the glory and the
power of his country, to whom slavish adulation,
and the gloomy sourness of the malecontent, are