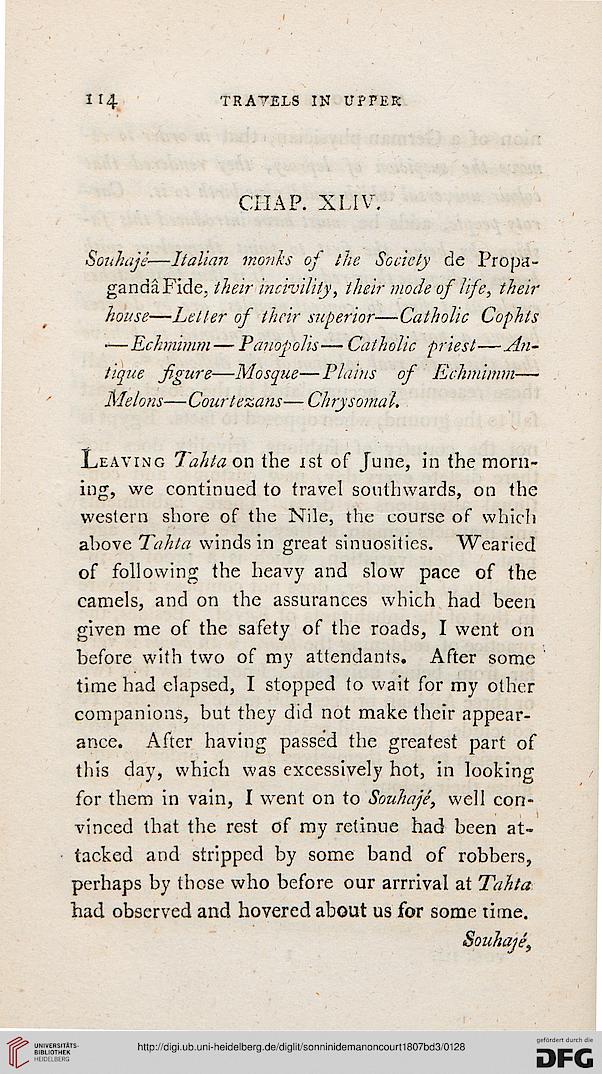 Leaving Tahta on the ist of June, in the morn-
ing, we continued to travel southwards, on the
western shore of the Nile, the course of which
ahove Tahta winds in great sinuosities. Wearied
of following the heavy and slow pace of the
camels, and on the assurances which had been
given me of the safety of the roads, I went on
before with two of my attendants. After some
time had elapsed, I stopped to wait for my other
companions, but they did not make their appear-
ance. After having passed the greatest part of
this day, which was excessively hot, in looking
for them in vain, I went on to Souhaje, well con-
vinced that the rest of my retinue had been at-
tacked and stripped by some band of robbers,
perhaps by those who before our arrrival at Tahta
had observed and hovered about us for some time.