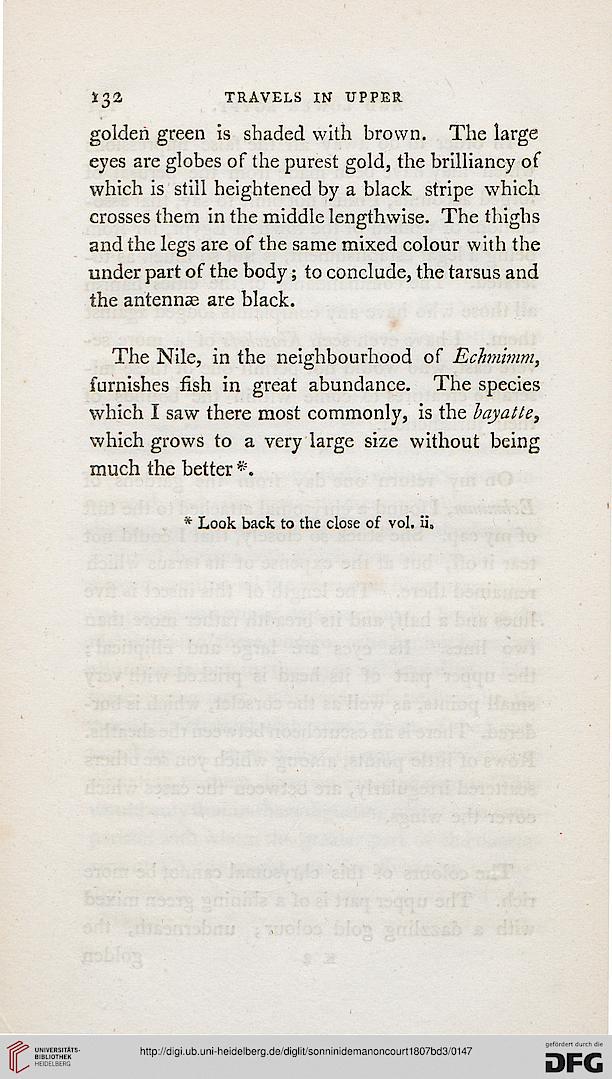 golden green is shaded with brown. The large
eyes are globes of the purest gold, the brilliancy of
which is still heightened by a black stripe which
crosses them in the middle lengthwise. The thighs
and the legs are of the same mixed colour with the
under part of the body; to conclude, the tarsus and
the antennas are black.

The Nile, in the neighbourhood of Echmimm,
furnishes fish in great abundance. The species
which I saw there most commonly, is the bayatte,
which grows to a very large size without being
much the better *,