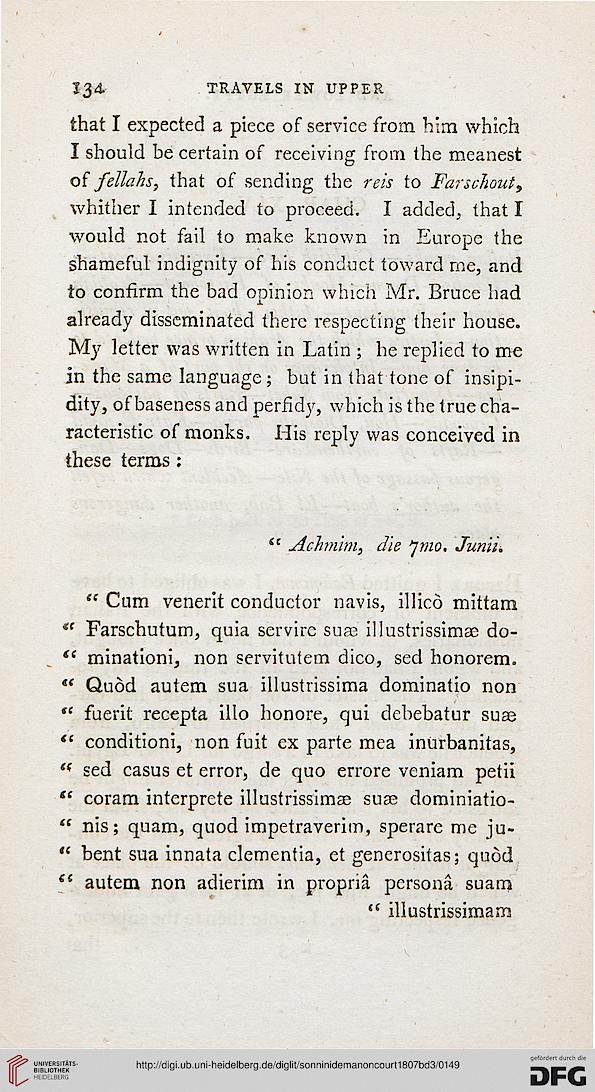 that I expected a piece of service from him which
I should be certain of receiving from the meanest
of fellahs, that of sending the reis to Farsch]out>
whither I intended to proceed. I added, that I
would not fail to make known in Europe the
shameful indignity of his conduct toward me, and
to confirm the bad opinion which Mr. Bruce had
already disseminated there respecting their house.
My letter was written in Latin ; he replied to me
in the same language ; but in that tone of insipi-
dity, of baseness and perfidy, which is the true cha-
racteristic of monks. His reply was conceived in
these terms :