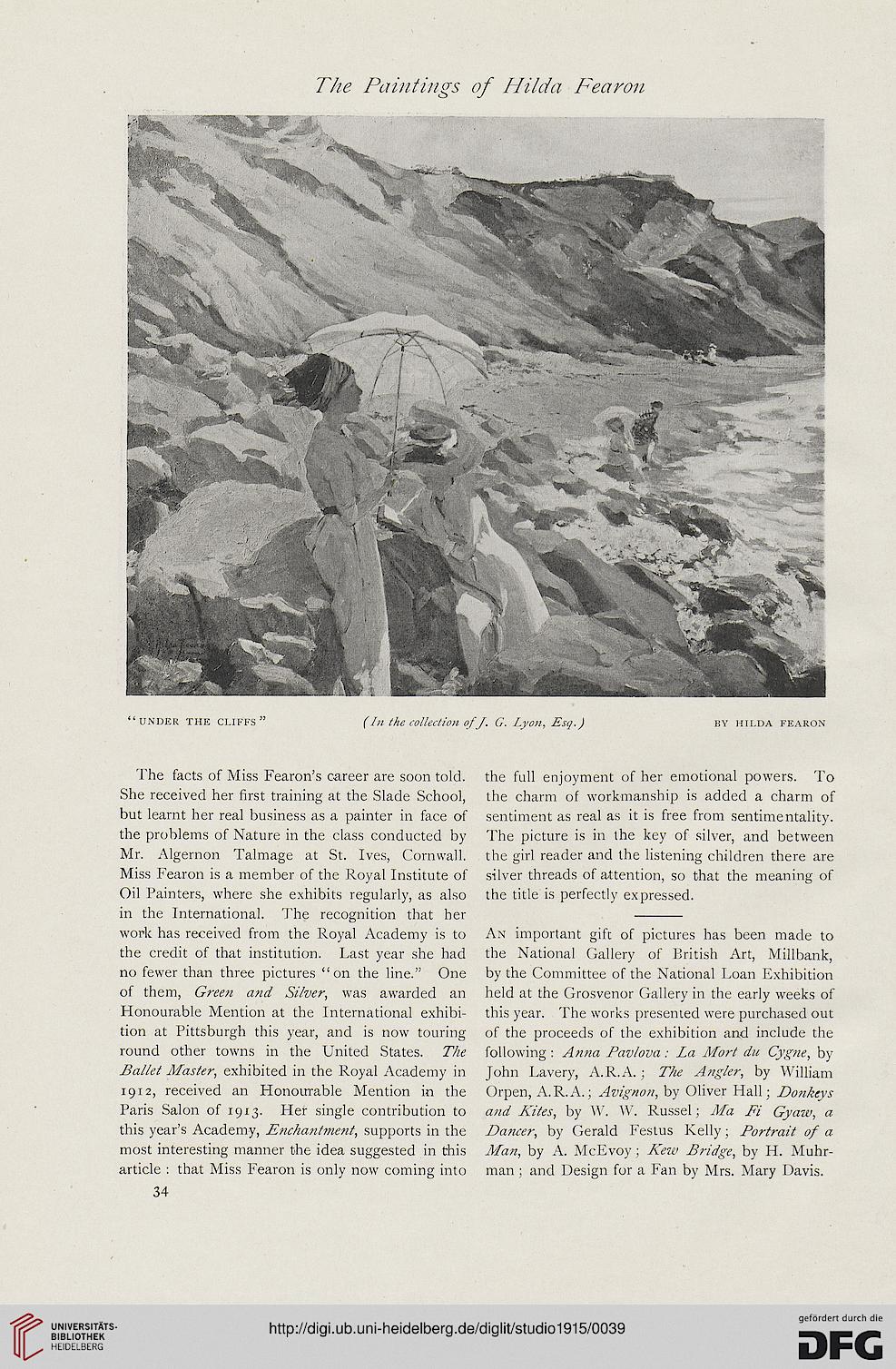 "UNDER THE CLIFFS " (III the collection of J. G. Lyon, Esq.) BY HILDA FEARON

The facts of Miss Fearon's career are soon told, the full enjoyment of her emotional powers. To

She received her first training at the Slade School, the charm of workmanship is added a charm of

but learnt her real business as a painter in face of sentiment as real as it is free from sentimentality,

the problems of Nature in the class conducted by The picture is in the key of silver, and between

Mr. Algernon Talmage at St. Ives, Cornwall, the girl reader and the listening children there are

Miss Fearon is a member of the Royal Institute of silver threads of attention, so that the meaning of

Oil fainters, where she exhibits regularly, as also the title is perfectly expressed,

in the International. The recognition that her -

the credit of that institution. Last year she had the National Gallery of British Art, Millbank,

no fewer than three pictures "on the line." One by the Committee of the National Loan Exhibition

of them, Green and Silver, was awarded an held at the Grosvenor Gallery in the early weeks of

Honourable Mention at the International exhibi- this year. The works presented were purchased out

tion at Pittsburgh this year, and is now touring of the proceeds of the exhibition and include the

round other towns in the United States. The following : Anna Pavlova: La Mort du Cygne, by

Ballet Master, exhibited in the Royal Academy in John Lavery, A.R.A. ; The Angler, by William

1912, received an Honourable Mention in the Orpen, A.R.A.; Avignon, by Oliver Hall; Donkeys

this year's Academy, Enchantment, supports in the Dancer, by Gerald Festus Kelly; Portrait of a

most interesting manner the idea suggested in this Man, by A. McEvoy ; Kew Bridge, by H. Muhr-

article : that Miss Fearon is only now coming into man ; and Design for a Fan by Mrs. Mary Davis.
34