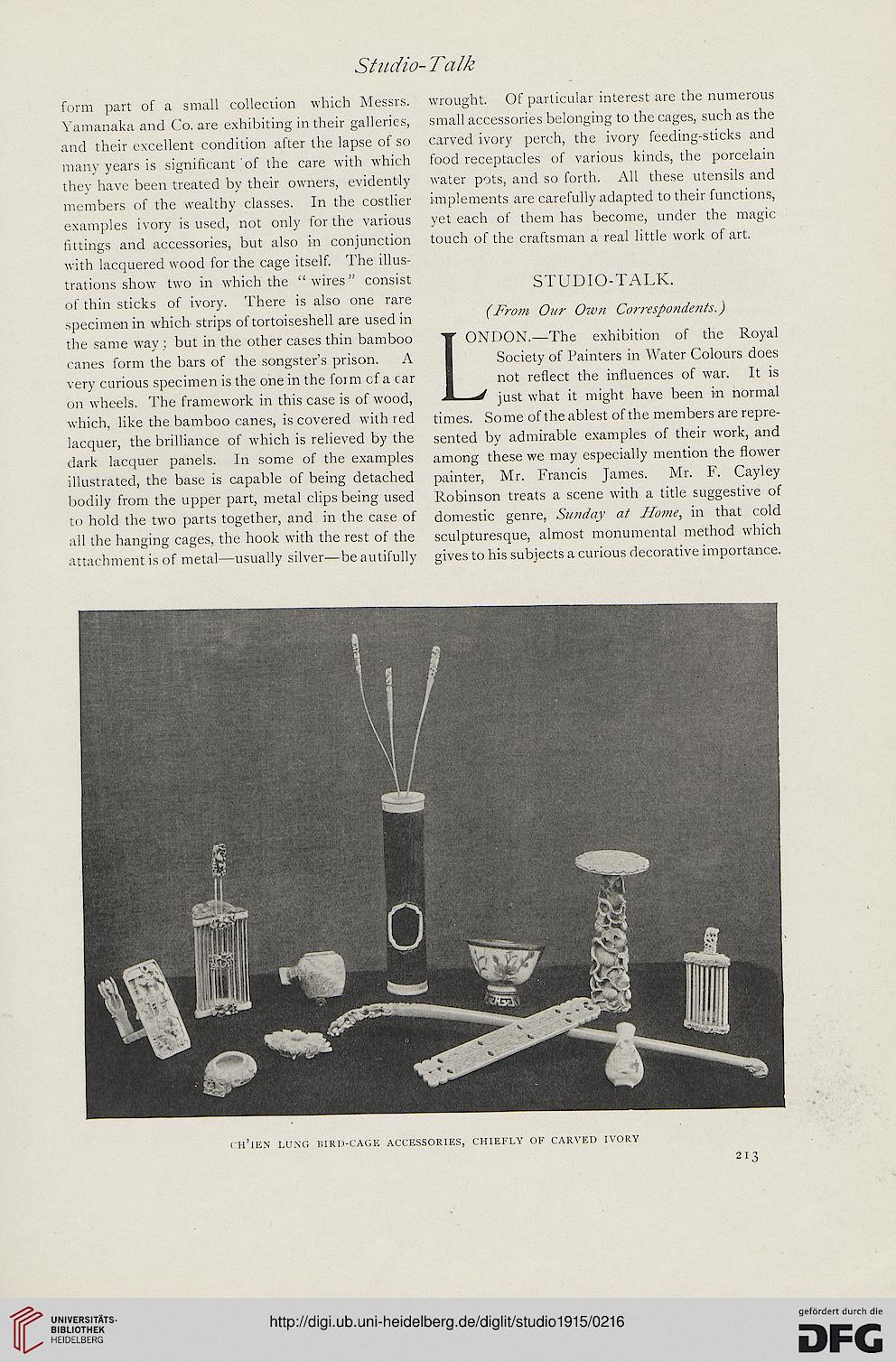 form part of a small collection which Messrs. wrought. Of particular interest are the numerous
Yamanaka and Co. are exhibiting in their galleries, small accessories belonging to the cages, such as the
and their excellent condition after the lapse of so carved ivory perch, the ivory feeding-sticks and
many years is significant of the care with which food receptacles of various kinds, the porcelain
they have been treated by their owners, evidently water pots, and so forth. All these utensils and
members of the wealthy classes. In the costlier implements are carefully adapted to their functions,
examples ivory is used, not only for the various yet each of them has become, under the magic
fittings and accessories, but also in conjunction touch of the craftsman a real little work of art.
with lacquered wood for the cage itself. The illus-
trations show two in which the "wires" consist STUDIO-TALK,
of thin sticks of ivory. There is also one rare

specimen in which strips of tortoiseshell are used in <From 0ur 0wn Correspondents.)

the same way; but in the other cases thin bamboo TT ONDON.—The exhibition of the Royal

canes form the bars of the songster's prison. A Society of Painters in Water Colours does

very curious specimen is the one in the form cf a car not reflect the influences of war. It is

on wheels. The framework in this case is of wood, * ^ just what it might have been in normal

which, like the bamboo canes, is covered with red times. Some of the ablest of the members are repre-

lacquer, the brilliance of which is relieved by the sented by admirable examples of their work, and

dark lacquer panels. In some of the examples among these we may especially mention the flower

illustrated, the base is capable of being detached painter, Mr. Francis James. Mr. F. Cayley

bodily from the upper part, metal clips being used Robinson treats a scene with a title suggestive of

to hold the two parts together, and in the case of domestic genre, Sunday at Ho?ne, in that cold

all the hanging cages, the hook with the rest of the sculpturesque, almost monumental method which