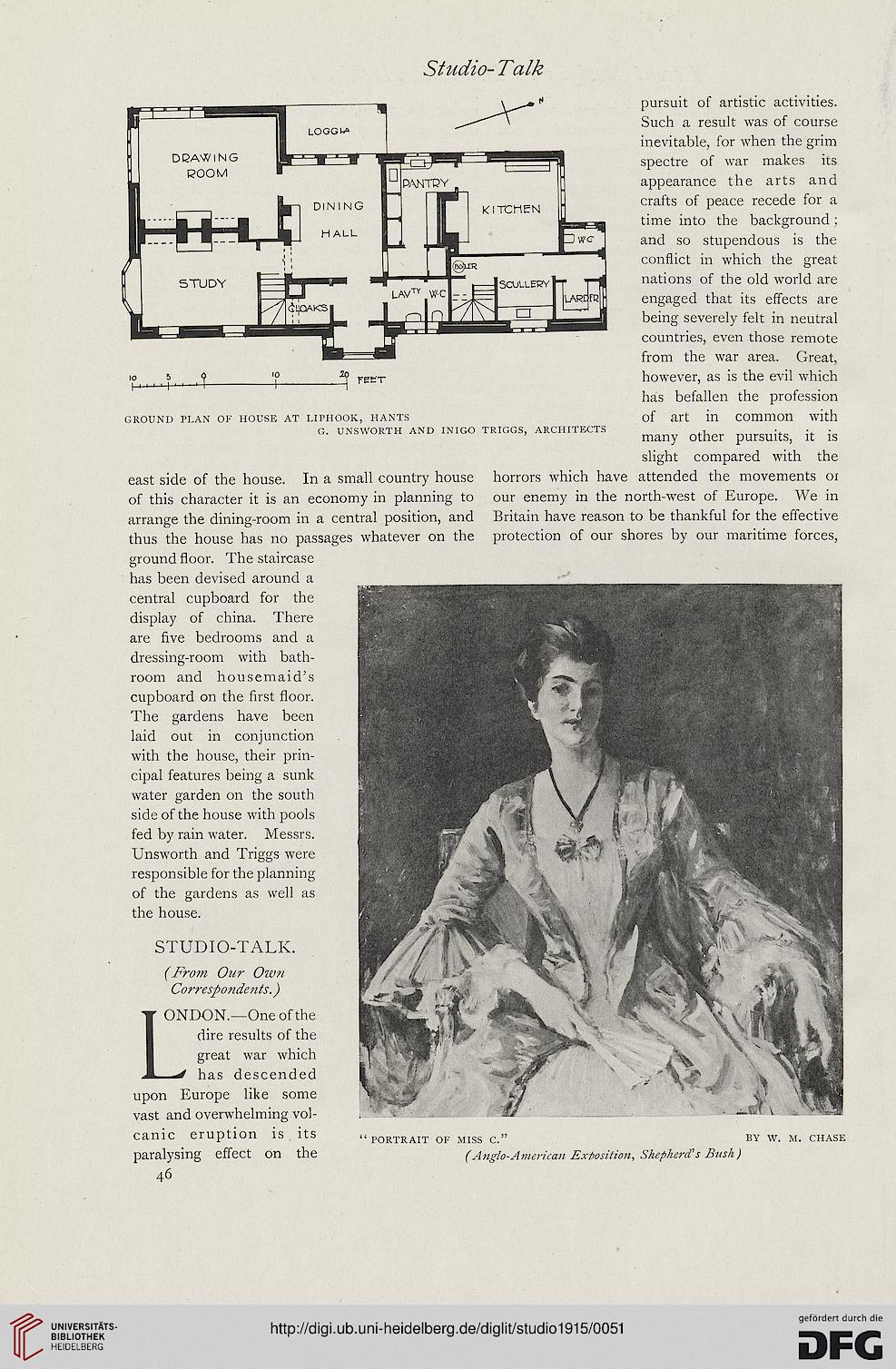 pursuit of artistic activities.
Such a result was of course
inevitable, for when the grim
spectre of war makes its
appearance the arts and
crafts of peace recede for a
n time into the background;
wg ^ and so stupendous is the
^ conflict in which the great
w-t nations of the old world are
«crc| engaged that its effects are
^^^J being severely felt in neutral
^^fc=1^^^™=^^^^^^^n " ' countries, even those remote

from the war area. Great,

has befallen the profession

ground plan of house at liphook, hants of art in common with

many other pursuits, it is
slight compared with the

east side of the house. In a small country house horrors which have attended the movements 01
of this character it is an economy in planning to our enemy in the north-west of Europe. We in
arrange the dining-room in a central position, and Britain have reason to be thankful for the effective
thus the house has no passages whatever on the protection of our shores by our maritime forces,
ground floor. The staircase
has been devised around a
central cupboard for the
display of china. There
are five bedrooms and a
dressing-room with bath-
room and housemaid's
cupboard on the first floor.
The gardens have been
laid out in conjunction
with the house, their prin-
cipal features being a sunk
water garden on the south
side of the house with pools
fed by rain water. Messrs.
Unsworth and Triggs were
responsible for the planning
of the gardens as well as
the house.

(From Our Own
Correspondents.)

IONDON.—One of the
dire results of the
great war which
—> has descended
upon Europe like some
vast and overwhelming vol-
canic eruption IS ItS "portrait of miss c." by w. m. chase
paralysing effect on the (Anglo-American Exposition, Shepherd's Bush)
46