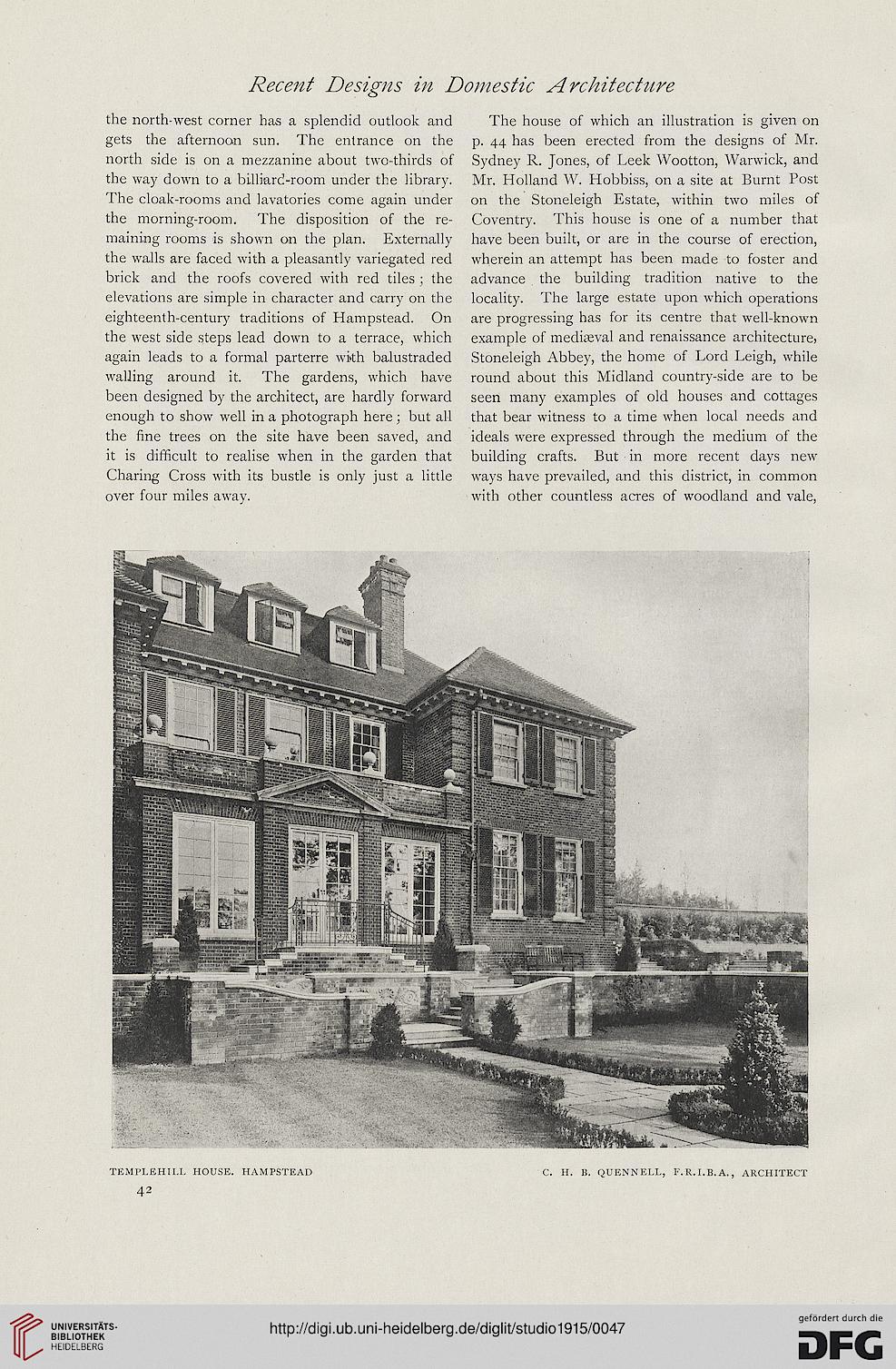 the north-west corner has a splendid outlook and
gets the afternoon sun. The entrance on the
north side is on a mezzanine about two-thirds of
the way down to a billiard-room under the library.
The cloak-rooms and lavatories come again under
the morning-room. The disposition of the re-
maining rooms is shown on the plan. Externally
the walls are faced with a pleasantly variegated red
brick and the roofs covered with red tiles ; the
elevations are simple in character and carry on the
eighteenth-century traditions of Hampstead. On
the west side steps lead down to a terrace, which
again leads to a formal parterre with balustraded
walling around it. The gardens, which have
been designed by the architect, are hardly forward
enough to show well in a photograph here ; but all
the fine trees on the site have been saved, and
it is difficult to realise when in the garden that
Charing Cross with its bustle is only just a little
over four miles away.

The house of which an illustration is given on
p. 44 has been erected from the designs of Mr.
Sydney R. Jones, of Leek Wootton, Warwick, and
Mr. Holland W. Hobbiss, on a site at Burnt Post
on the Stoneleigh Estate, within two miles of
Coventry. This house is one of a number that
have been built, or are in the course of erection,
wherein an attempt has been made to foster and
advance the building tradition native to the
locality. The large estate upon which operations
are progressing has for its centre that well-known
example of mediaeval and renaissance architecture,
Stoneleigh Abbey, the home of Lord Leigh, while
round about this Midland country-side are to be
seen many examples of old houses and cottages
that bear witness to a time when local needs and
ideals were expressed through the medium of the
building crafts. But in more recent days new
ways have prevailed, and this district, in common
with other countless acres of woodland and vale,