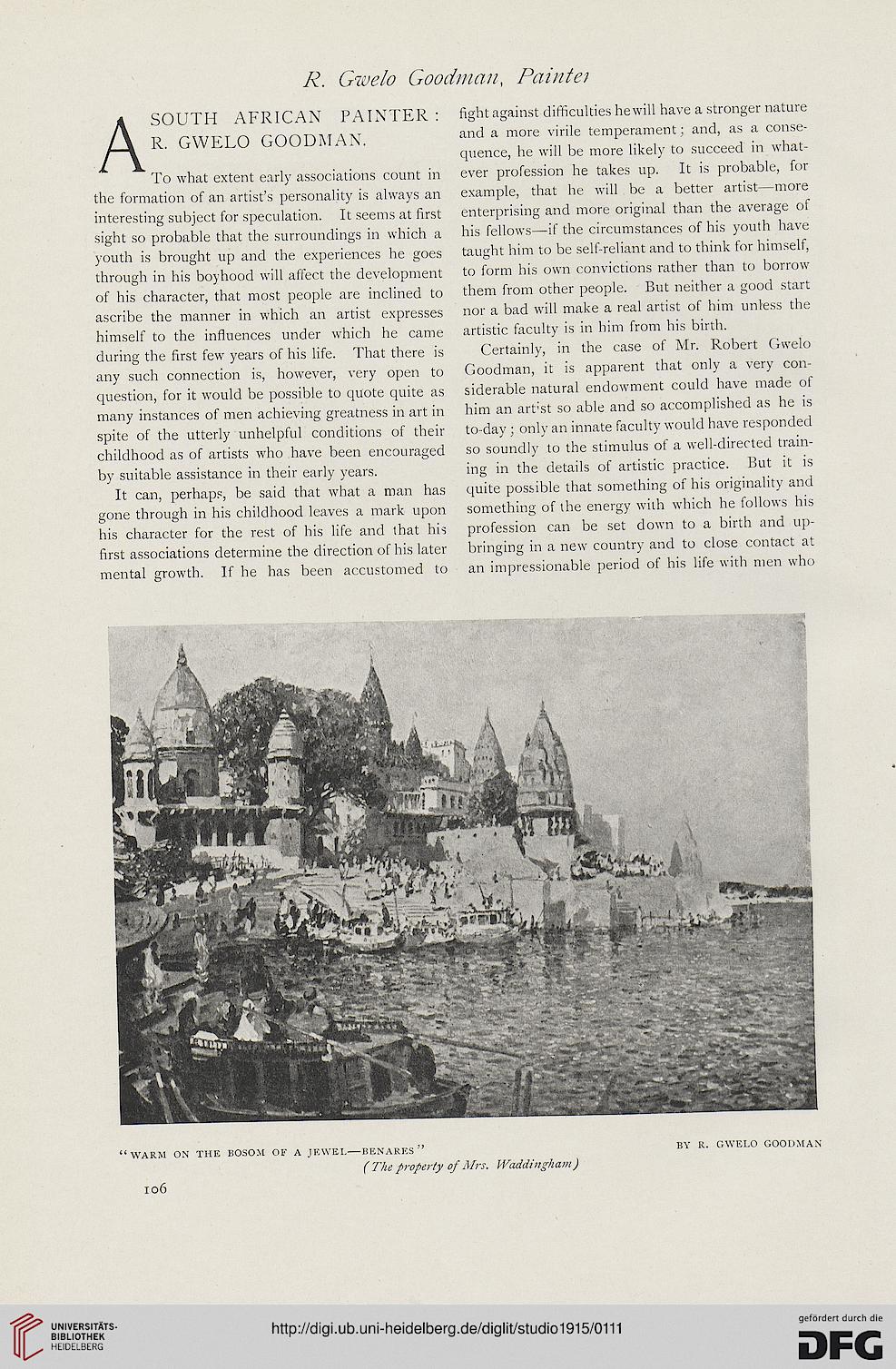 To what extent early associations count in
the formation of an artist's personality is always an
interesting subject for speculation. It seems at first
sight so probable that the surroundings in which a
youth is brought up and the experiences he goes
through in his boyhood will affect the development
of his character, that most people are inclined to
ascribe the manner in which an artist expresses
himself to the influences under which he came
during the first few years of his life. That there is
any such connection is, however, very open to
question, for it would be possible to quote quite as
many instances of men achieving greatness in art in
spite of the utterly unhelpful conditions of their
childhood as of artists who have been encouraged
by suitable assistance in their early years.

It can, perhaps, be said that what a man has
gone through in his childhood leaves a mark upon
his character for the rest of his life and that his
first associations determine the direction of his later
mental growth. If he has been accustomed to

fight against difficulties he will have a stronger nature
and a more virile temperament; and, as a conse-
quence, he will be more likely to succeed in what-
ever profession he takes up. It is probable, for
example, that he will be a better artist—more
enterprising and more original than the average of
his fellows—if the circumstances of his youth have
taught him to be self-reliant and to think for himself,
to form his own convictions rather than to borrow
them from other people. But neither a good start
nor a bad will make a real artist of him unless the
artistic faculty is in him from his birth.

Certainly, in the case of Mr. Robert Gwelo
Goodman, it is apparent that only a very con-
siderable natural endowment could have made of
him an art'st so able and so accomplished as he is
to-day; only an innate faculty would have responded
so soundly to the stimulus of a well-directed train-
ing in the details of artistic practice. But it is
quite possible that something of his originality and
something of the energy with which he follows his
profession can be set down to a birth and up-
bringing in a new country and to close contact at
an impressionable period of his life with men who

"WARM ON THE BOSOM OF A JEWEL-BENARES "

( The property of Airs. Waddiiigham)