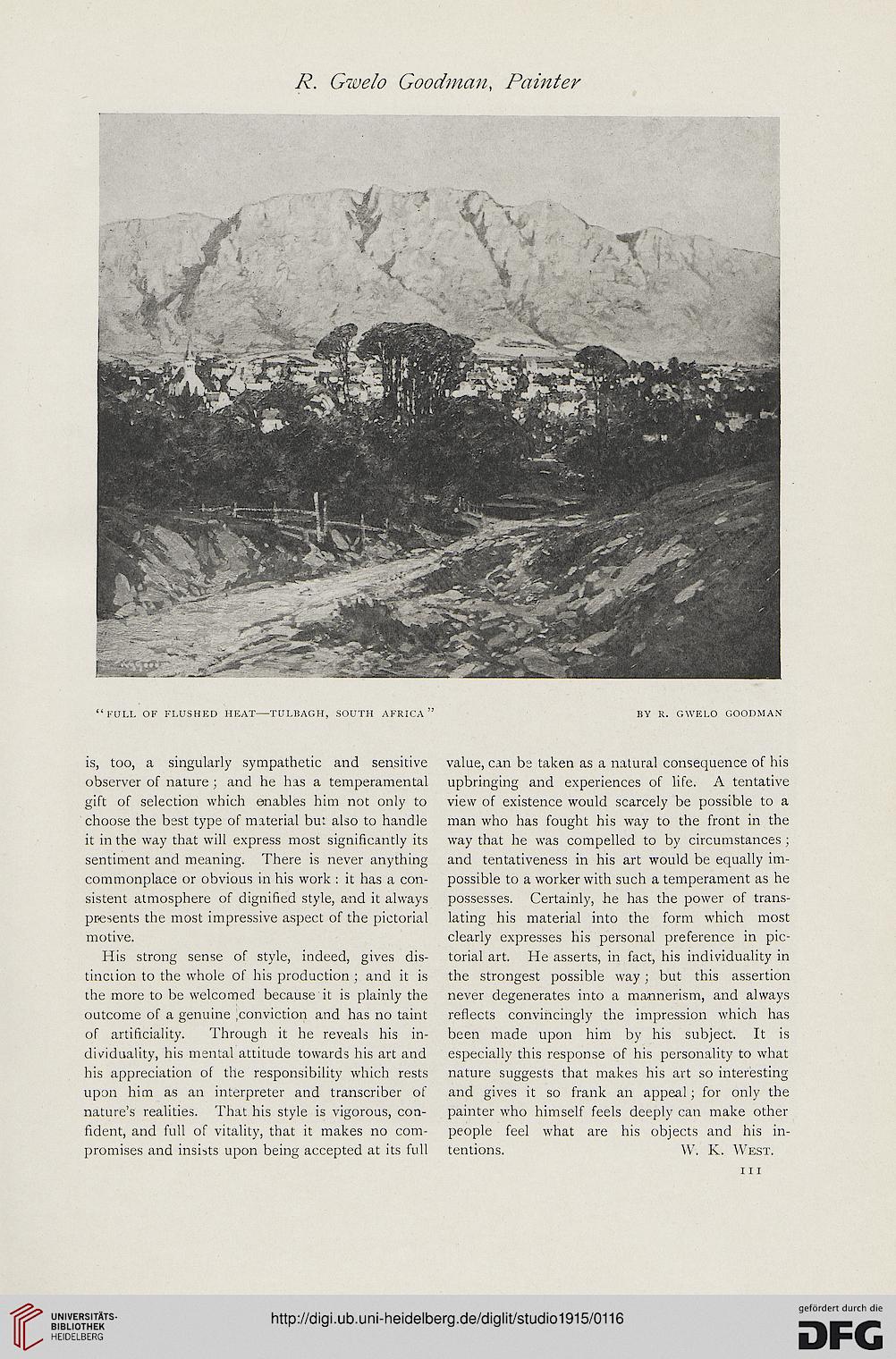 is, too, a singularly sympathetic and sensitive value, can be taken as a natural consequence of his
observer of nature ; and he has a temperamental upbringing and experiences of life. A tentative
gift of selection which enables him not only to view of existence would scarcely be possible to a
choose the best type of material but also to handle man who has fought his way to the front in the
it in the way that will express most significantly its way that he was compelled to by circumstances ;
sentiment and meaning. There is never anything and tentativeness in his art would be equally im-
commonplace or obvious in his work : it has a con- possible to a worker with such a temperament as he
sistent atmosphere of dignified style, and it always possesses. Certainly, he has the power of trans-
presents the most impressive aspect of the pictorial lating his material into the form which most
motive. clearly expresses his personal preference in pic-
His strong sense of style, indeed, gives dis- torial art. He asserts, in fact, his individuality in
tinciion to the whole of his production ; and it is the strongest possible way ; but this assertion
the more to be welcomed because it is plainly the never degenerates into a mannerism, and always
outcome of a genuine ^conviction and has no taint reflects convincingly the impression which has
of artificiality. Through it he reveals his in- been made upon him by his subject. It is
dividuality, his mental attitude towards his art and especially this response of his personality to what
his appreciation of the responsibility which rests nature suggests that makes his art so interesting
upon him as an interpreter and transcriber of and gives it so frank an appeal; for only the
nature's realities. That his style is vigorous, con- painter who himself feels deeply can make other
fident, and full of vitality, that it makes no com- people feel what are his objects and his in-
promises and insists upon being accepted at its full tentions. W. K. West.