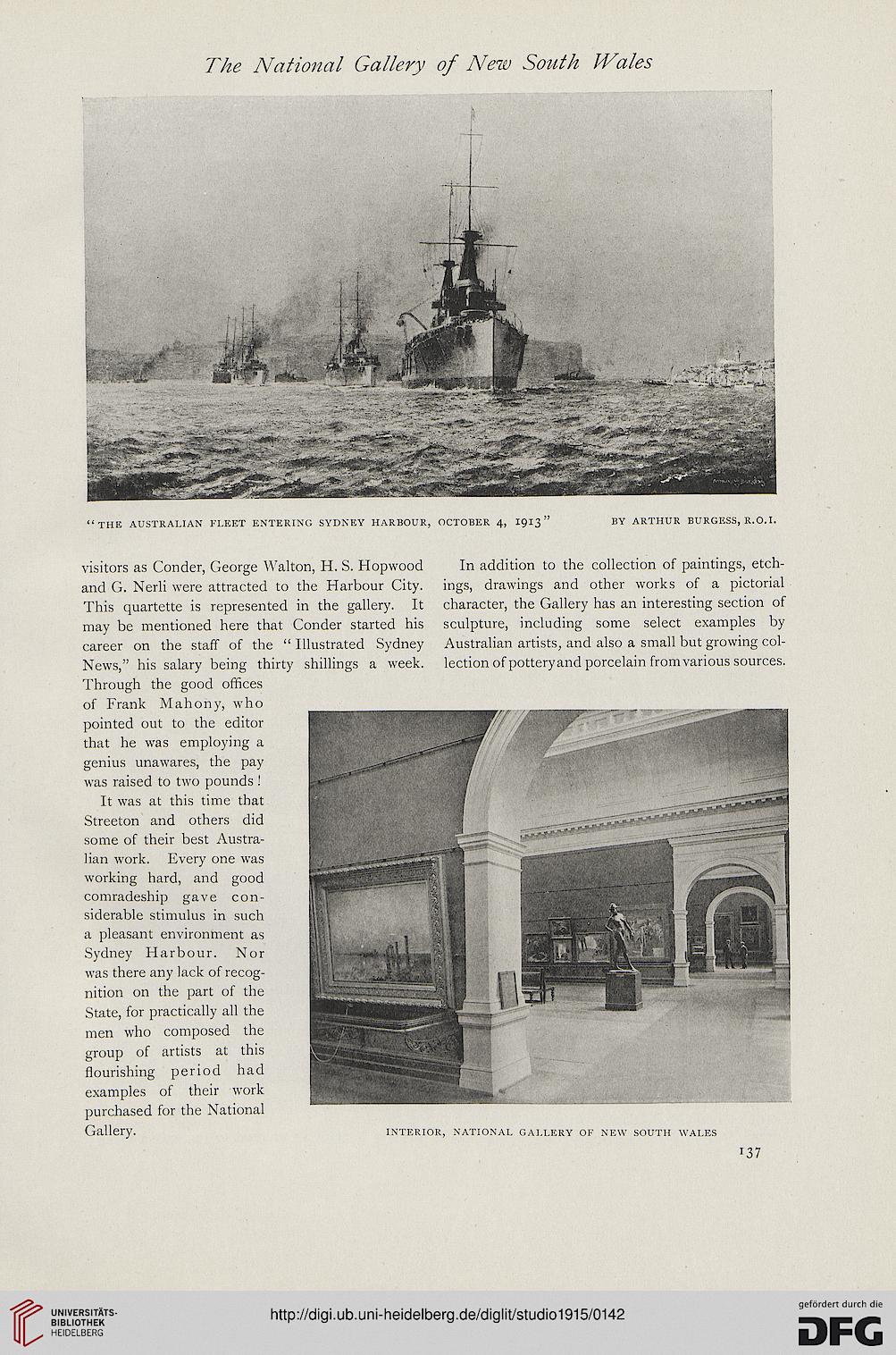 visitors as Conder, George Walton, H. S. Hopwood In addition to the collection of paintings, etch-
and G. Nerli were attracted to the Harbour City, ings, drawings and other works of a pictorial
This quartette is represented in the gallery. It character, the Gallery has an interesting section of
may be mentioned here that Conder started his sculpture, including some select examples by
career on the staff of the " Illustrated Sydney Australian artists, and also a small but growing col-
News," his salary being thirty shillings a week, lection of potteryand porcelain from various sources.
Through the good offices

pointed out to the editor mKKr
that he was employing a 5f
genius unawares, the pay
was raised to two pounds !

It was at this time that mS&Stk

lian work. Every one was

State, for practically all the BffiHHMMBw™™"" ™"*