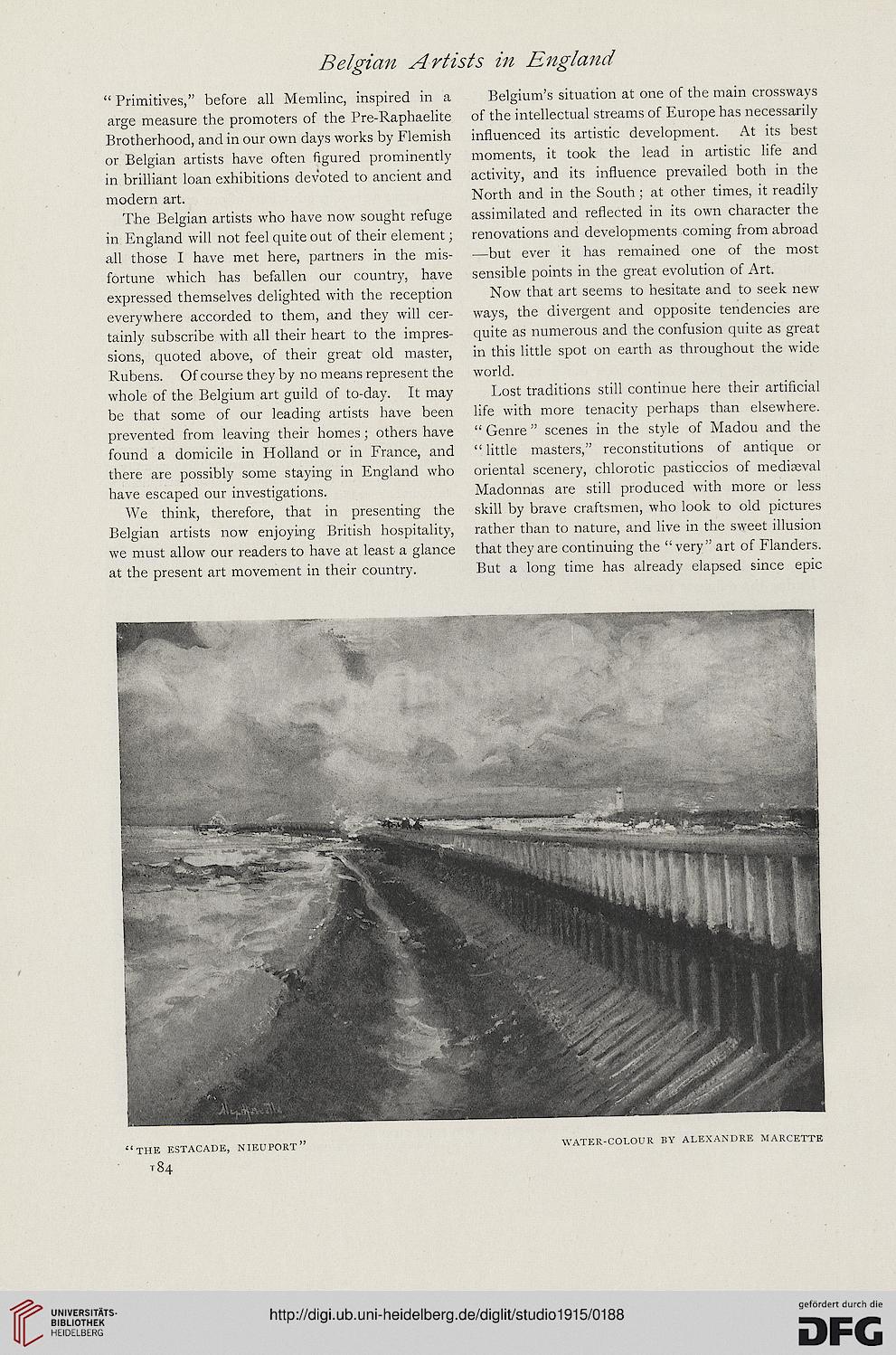 " Primitives," before all Memlinc, inspired in a Belgium's situation at one of the main crossways

Brotherhood, and in our own days works by Flemish influenced its artistic development. At its best

or Belgian artists have often figured prominently moments, it took the lead in artistic life and

in brilliant loan exhibitions devoted to ancient and activity, and its influence prevailed both in the

modern art. North and in the South; at other times, it readily

in England will not feel quite out of their element; renovations and developments coming from abroad

all those I have met here, partners in the mis- —but ever it has remained one of the most

fortune which has befallen our country, have sensible points in the great evolution of Art.

everywhere accorded to them, and they will cer- ways, the divergent and opposite tendencies are

sions, quoted above, of their great old master, in this little spot on earth as throughout the wide

Rubens. Of course they by no means represent the world.

whole of the Belgium art guild of to-day. It may Lost traditions still continue here their artificial

be that some of our leading artists have been life with more tenacity perhaps than elsewhere,

prevented from leaving their homes; others have " Genre " scenes in the style of Madou and the

found a domicile in Holland or in France, and " little masters," reconstitutions of antique or

there are possibly some staying in England who oriental scenery, chlorotic pasticcios of mediaeval

have escaped our investigations. Madonnas are still produced with more or less

We think, therefore, that in presenting the skill by brave craftsmen, who look to old pictures

Belgian artists now enjoying British hospitality, rather than to nature, and live in the sweet illusion

we must allow our readers to have at least a glance that they are continuing the "very" art of Flanders,

at the present art movement in their country. But a long time has already elapsed since epic