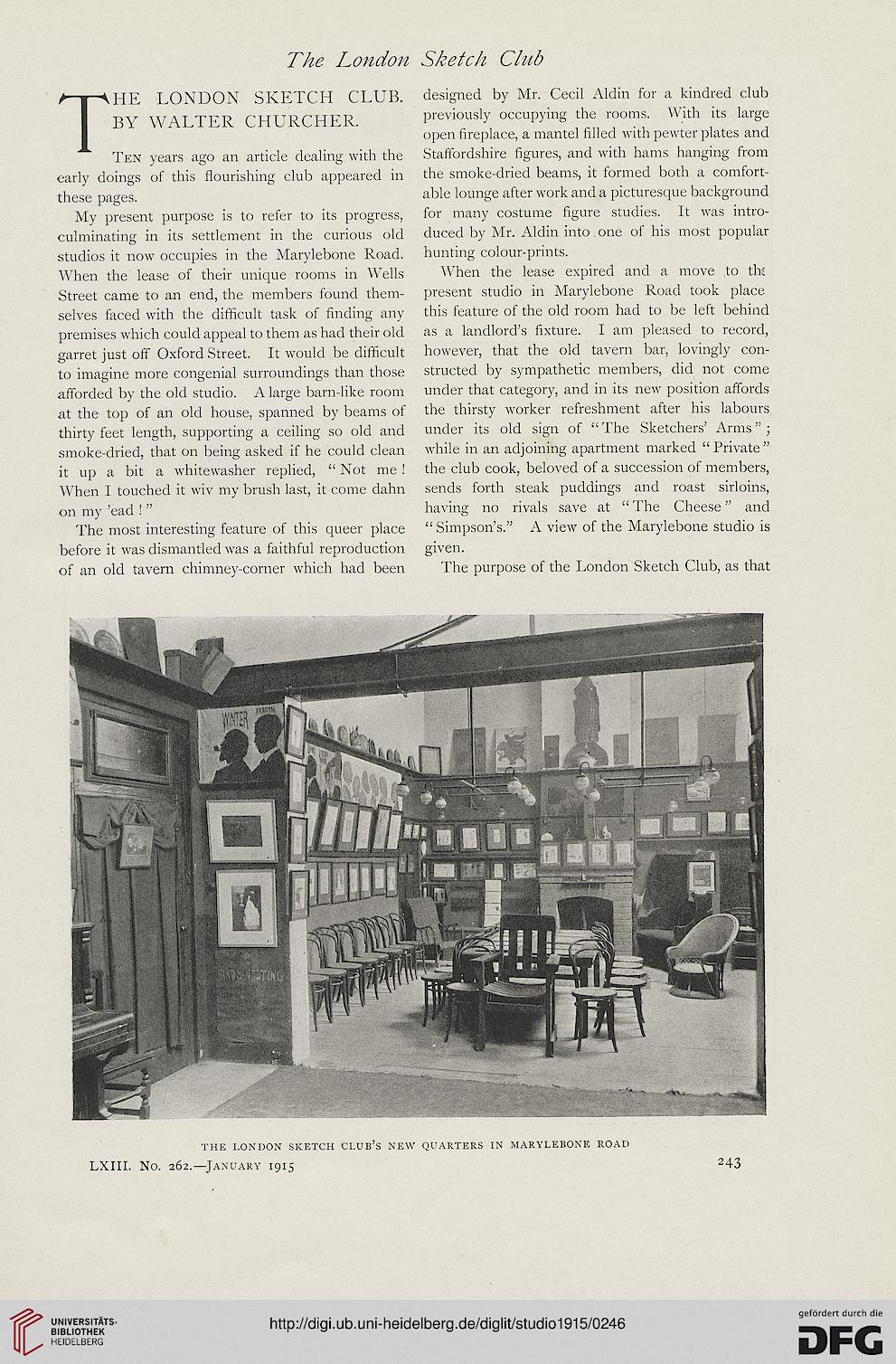 Ten years ago an article dealing with the
early doings of this flourishing club appeared in
these pages.

My present purpose is to refer to its progress,
culminating in its settlement in the curious old
studios it now occupies in the Marylebone Road.
When the lease of their unique rooms in Wells
Street came to an end, the members found them-
selves faced with the difficult task of finding any
premises which could appeal to them as had their old
garret just off Oxford Street. It would be difficult
to imagine more congenial surroundings than those
afforded by the old studio. A large barn-like room
at the top of an old house, spanned by beams of
thirty feet length, supporting a ceiling so old and
smoke-dried, that on being asked if he could clean
it up a bit a whitewasher replied, " Not me !
When I touched it wiv my brush last, it come dahn
on my 'ead ! "

designed by Mr. Cecil Aldin for a kindred club
previously occupying the rooms. With its large
open fireplace, a mantel filled with pewter plates and
Staffordshire figures, and with hams hanging from
the smoke-dried beams, it formed both a comfort-
able lounge after work and a picturesque background
for many costume figure studies. It was intro-
duced by Mr. Aldin into , one of his most popular
hunting colour-prints.

When the lease expired and a move to the
present studio in Marylebone Road took place
this feature of the old room had to be left behind
as a landlord's fixture. I am pleased to record,
however, that the old tavern bar, lovingly con-
structed by sympathetic members, did not come
under that category, and in its new position affords
the thirsty worker refreshment after his labours
under its old sign of " The Sketchers' Arms" ;
while in an adjoining apartment marked " Private "
the club cook, beloved of a succession of members,
sends forth steak puddings and roast sirloins,
having no rivals save at " The Cheese" and
" Simpson's." A view of the Marylebone studio is
given.

The purpose of the London Sketch Club, as that