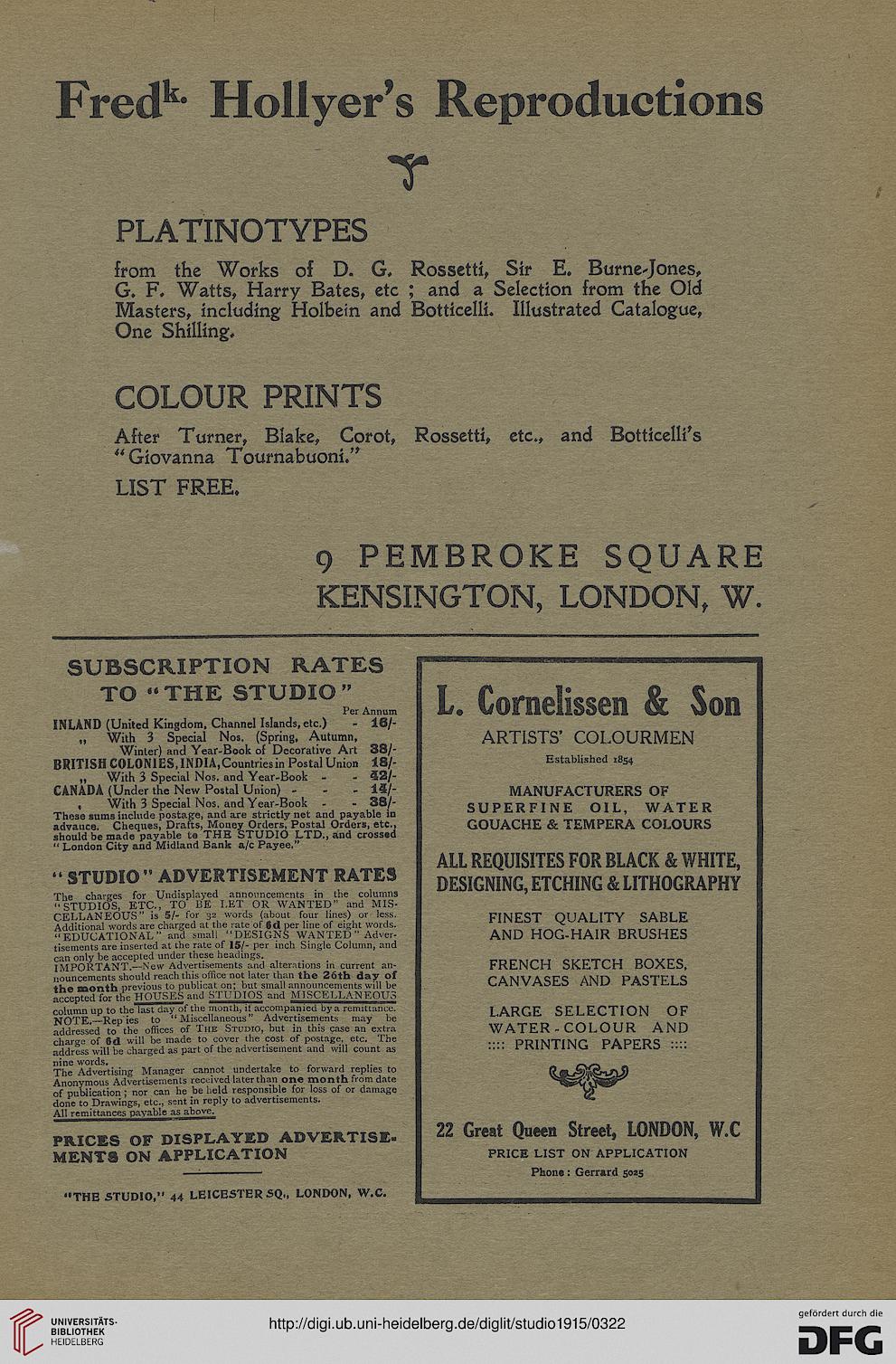 from the Works of D. G, Rossetti, Sir E. Burne-Jones,
G. F. Watts, Harry Bates, etc ; and a Selection from the Old
Masters, including Holbein and Botticelli. Illustrated Catalogue,
One Shilling.

SUBSCRIPTION RATES
TO "THE STUDIO"

Winter) and Year-Book of Decorative Art 88/-

These sums include postage, and are strictly net and payable In
advance. Cheques, Drafts, Money Orders, Postal Orders, etc.,
should be made payable U THE STUDIO LTD., and crossed
' London City and Midland Bank a/c Payee."

The charges for Undisplayed announcements in the columns
" STUDIOS, ETC., TO BE LET OR WANTED" and MIS-
CELLANEOUS" is 5/- for 32 words (about four lines) or less.
Additional words are charged at the rate of f d per line of eight words.
"EDUCATIONAL" and small "DESIGNS WANTED" Adver-
tisements are inserted at the rate of 15/- per inch Single Column, and
can only be accepted under these headings.

IMPORTANT.—New Advertisements and alterations in current an-
nouncements should reach this office not later than the 26th day of
the month previous to publicat on; but small announcements will be
accepted for the HOUSES and STUDIOS and MISCELLANEOUS
column up to theTas^a^of the month, it accompanied bya remittance.
NOTE.—Repies to "Miscellaneous" Advertisements may be
addressed to the offices of The Studio, but in this case an extra
charge of 6d wilt be made to cover the cost of postage, etc. The
address will be charged as part of the advertisement and will count as
nine words. . ,

The Advertising Manager cannot undertake to forward replies to
Anonymous Advertisements received later than one month from date
of publication ; nor can he be held responsible for loss of or damage
done to Drawings, etc., sent in reply to advertisements.
AH remittances payable as above.