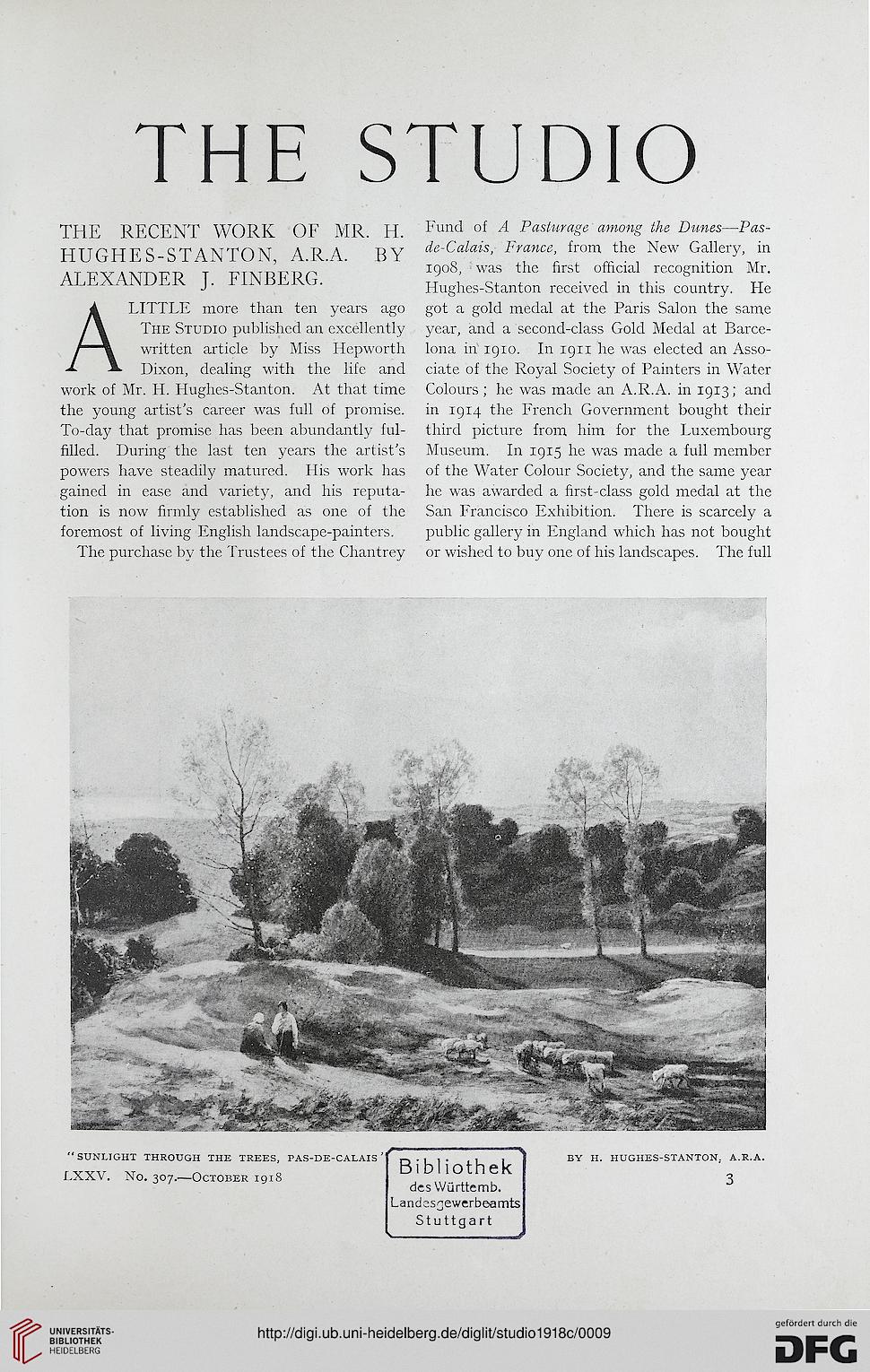 HUGHES-STANTON ARA BY de-Calais, France, from, the New Gallery, in

The Studio published an excellently year, and a second-class Gold Medal at Barce-

Dixon, dealing with the life and ciate of the Royal Society of Painters in Water

the young artist's career was full of promise, in 1914 the French Government bought their

filled. During the last ten years the artist's Museum. In 1915 he was made a full member

powers have steadily matured. His work has of the Water Colour Society, and the same year

gained in ease and variety, and his reputa- he was awarded a first-class gold medal at the

tion is now firmly established as one of the San Francisco Exhibition. There is scarcely a

foremost of living English landscape-painters. public gallery in England which has not bought

The purchase by the Trustees of the Chantrey or wished to buy one of his landscapes. The full

' sunlight through the trees, pas-de-calais '