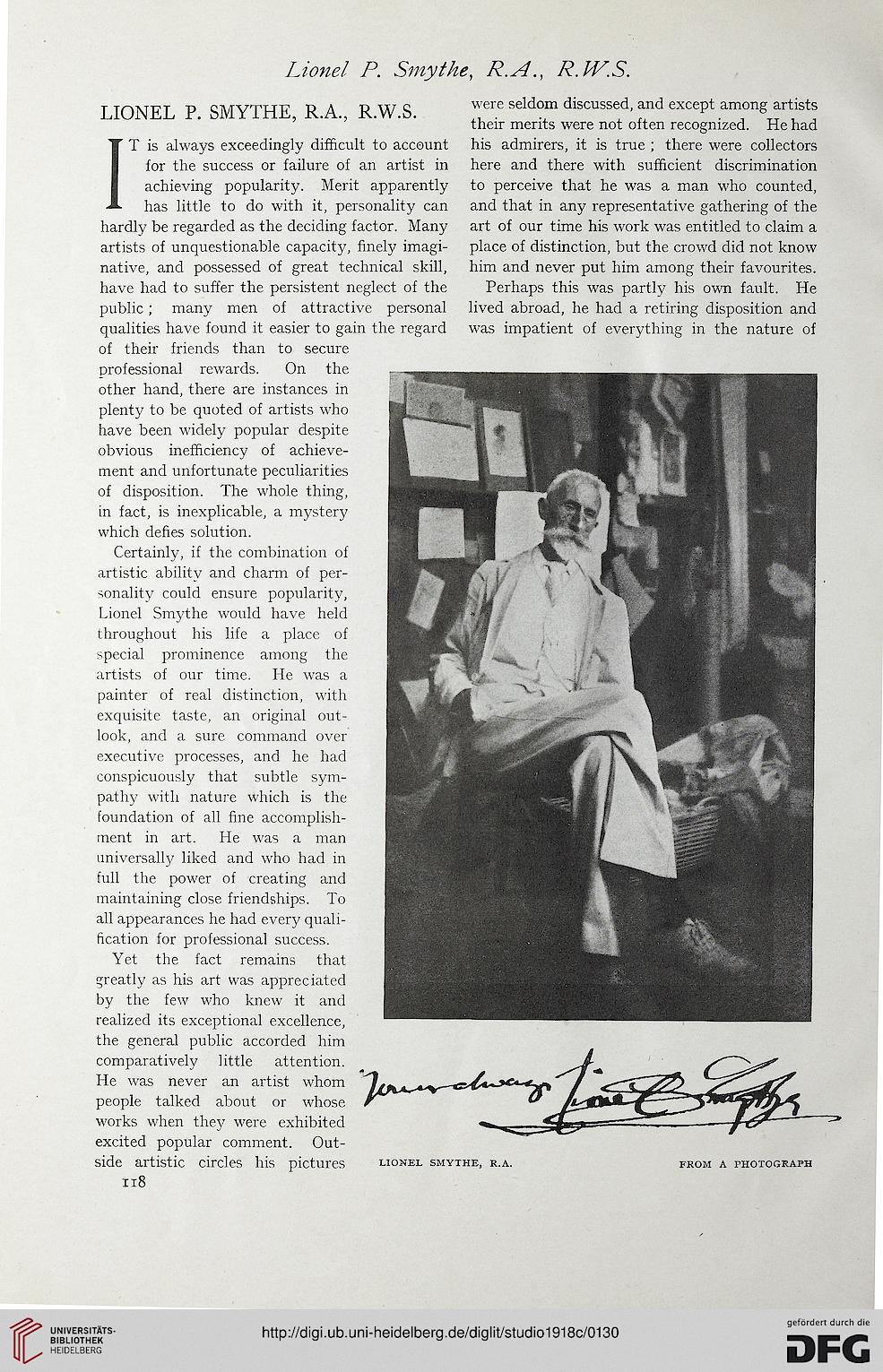 their merits were not often recognized. He had

IT is always exceedingly difficult to account his admirers, it is true ; there were collectors
for the success or failure of an artist in here and there with sufficient discrimination
achieving popularity. Merit apparently to perceive that he was a man who counted,
has little to do with it, personality can and that in any representative gathering of the
hardly be regarded as the deciding factor. Many art of our time his work was entitled to claim a
artists of unquestionable capacity, finely imagi- place of distinction, but the crowd did not know
native, and possessed of great technical skill, him and never put him among their favourites,
have had to suffer the persistent neglect of the Perhaps this was partly his own fault. He
public ; many men of attractive personal lived abroad, he had a retiring disposition and
qualities have found it easier to gain the regard was impatient of everything in the nature of
of their friends than to secure
professional rewards. On the
other hand, there are instances in
plenty to be quoted of artists who
have been widely popular despite
obvious inefficiency of achieve-
ment and unfortunate peculiarities
of disposition. The whole thing,
in fact, is inexplicable, a mystery
which defies solution.

Certainly, if the combination of
artistic ability and charm of per-
sonality could ensure popularity,
Lionel Smythe would have held
throughout his life a place of
special prominence among the
artists of our time. He was a
painter of real distinction, with
exquisite taste, an original out-
look, and a sure command over
executive processes, and he had
conspicuously that subtle sym-
pathy with nature which is the
foundation of all fine accomplish-
ment in art. He was a man
universally liked and who had in
full the power of creating and
maintaining close friendships. To
all appearances he had every quali-
fication for professional success.

Yet the fact remains that
greatly as his art was appreciated
by the few who knew it and
realized its exceptional excellence,
the general public accorded him
comparatively little attention.
He was never an artist whom
people talked about or whose
works when they were exhibited
excited popular comment. Out-
side artistic circles his pictures lionel smythe, r.a. from a photograph
118