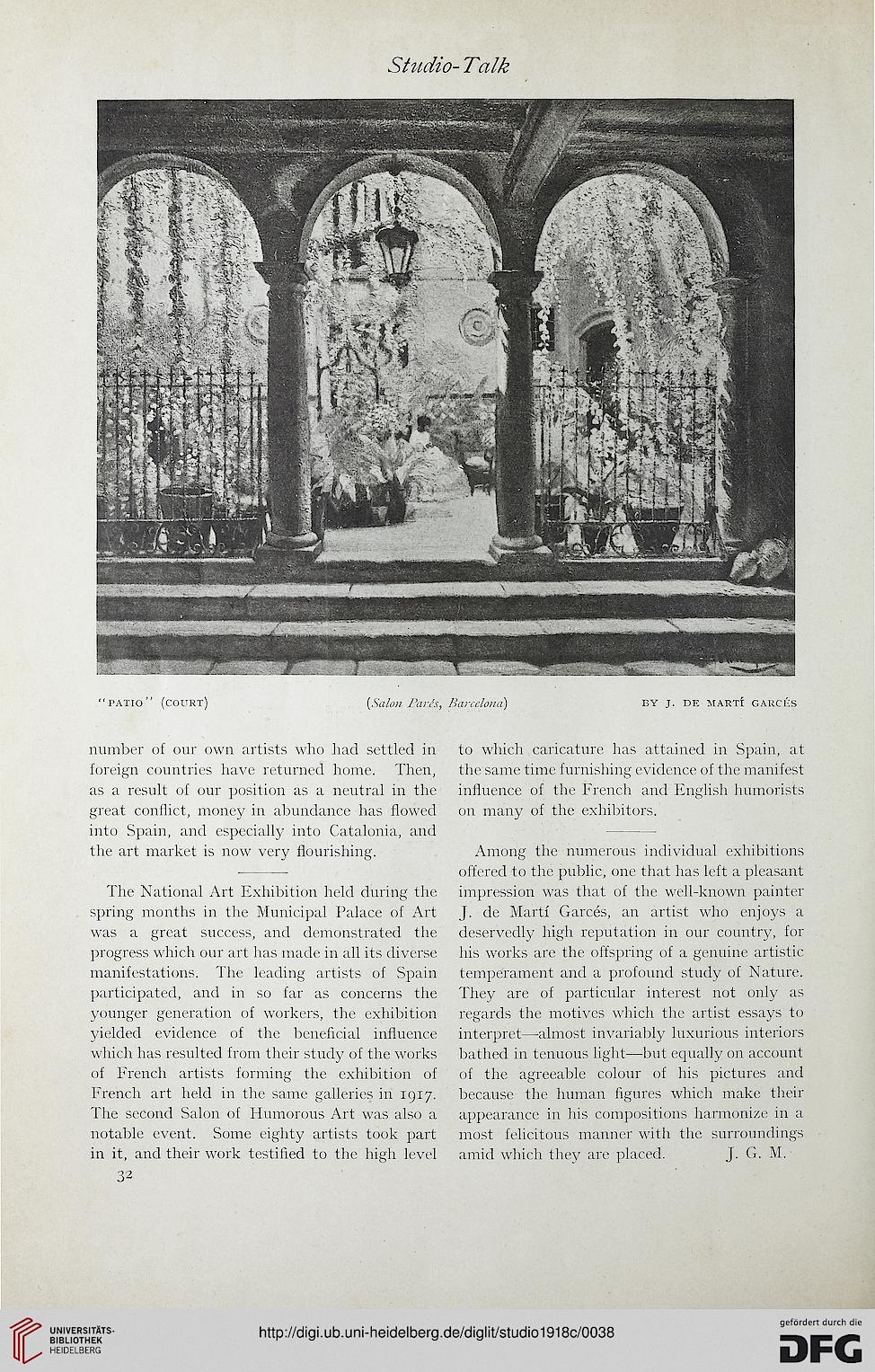 number of our own artists who had settled in
foreign countries have returned home. Then,
as a result of our position as a neutral in the
great conflict, money in abundance has flowed
into Spain, and especially into Catalonia, and
the art market is now very nourishing.

The National Art Exhibition held during the
spring months in the Municipal Palace of Art
was a great success, and demonstrated the
progress which our art has made in all its diverse
manifestations. The leading artists of Spain
participated, and in so far as concerns the
younger generation of workers, the exhibition
yielded evidence of the beneficial influence
which has resulted from their study of the works
of French artists forming the exhibition of
French art held in the same galleries in 1917.
The second Salon of Humorous Art was also a
notable event. Some eighty artists took part
in it, and their work testified to the high level
32

to which caricature has attained in Spain, at
the same time furnishing evidence of the manifest
influence of the French and English humorists
on many of the exhibitors.

Among the numerous individual exhibitions
offered to the public, one that has left a pleasant
impression was that of the well-known painter
J. de Marti Garces, an artist who enjoys a
deservedly high reputation in our country, for
his works are the offspring of a genuine artistic
temperament and a profound study of Nature.
They are of particular interest not only as
regards the motives which the artist essays to
interpret—almost invariably luxurious interiors
bathed in tenuous light—but equally on account
of the agreeable colour of his pictures and
because the human figures which make their
appearance in his compositions harmonize in a
most felicitous manner with the surroundings
amid which they are placed. J. G. M. ■