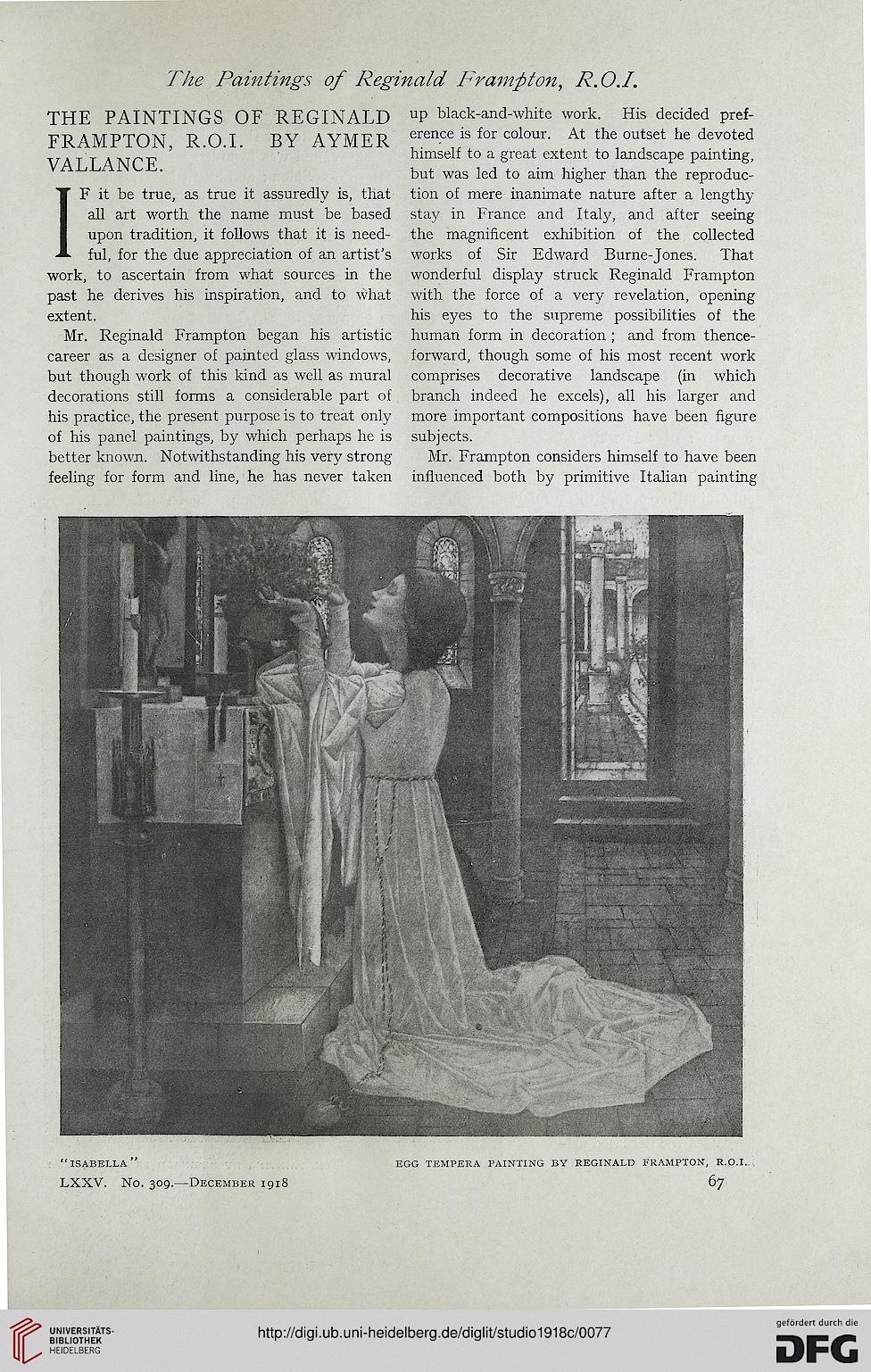 Information about OCR text
The Paintings of Reginald Frampton, R.O.I.

THE PAINTINGS OF REGINALD UP black-and-white work. His decided pref-

XT \ T T a vrpr ' himself to a great extent to landscape painting,

but was led to aim higher than the reproduc-

IF it be true, as true it assuredly is, that tion of mere inanimate nature after a lengthy

all art worth the name must be based stay in France and Italy, and after seeing

upon tradition, it follows that it is need- the magnificent exhibition of the collected

ful, for the due appreciation of an artist's works of Sir Edward Burne-Jones. That

work, to ascertain from what sources in the wonderful display struck Reginald Frampton

past he derives his inspiration, and to what with the force of a very revelation, opening

extent. his eyes to the supreme possibilities of the

Mr. Reginald Frampton began his artistic human form in decoration ; and from thence-

career as a designer of painted glass windows, forward, though some of his most recent work

decorations still forms a considerable part of branch indeed he excels), all his larger and

his practice, the present purpose is to treat only more important compositions have been figure

of his panel paintings, by which perhaps he is subjects.

better known. Notwithstanding his very strong Mr. Frampton considers himself to have been

feeling for form and line, he has never taken influenced both by primitive Italian painting