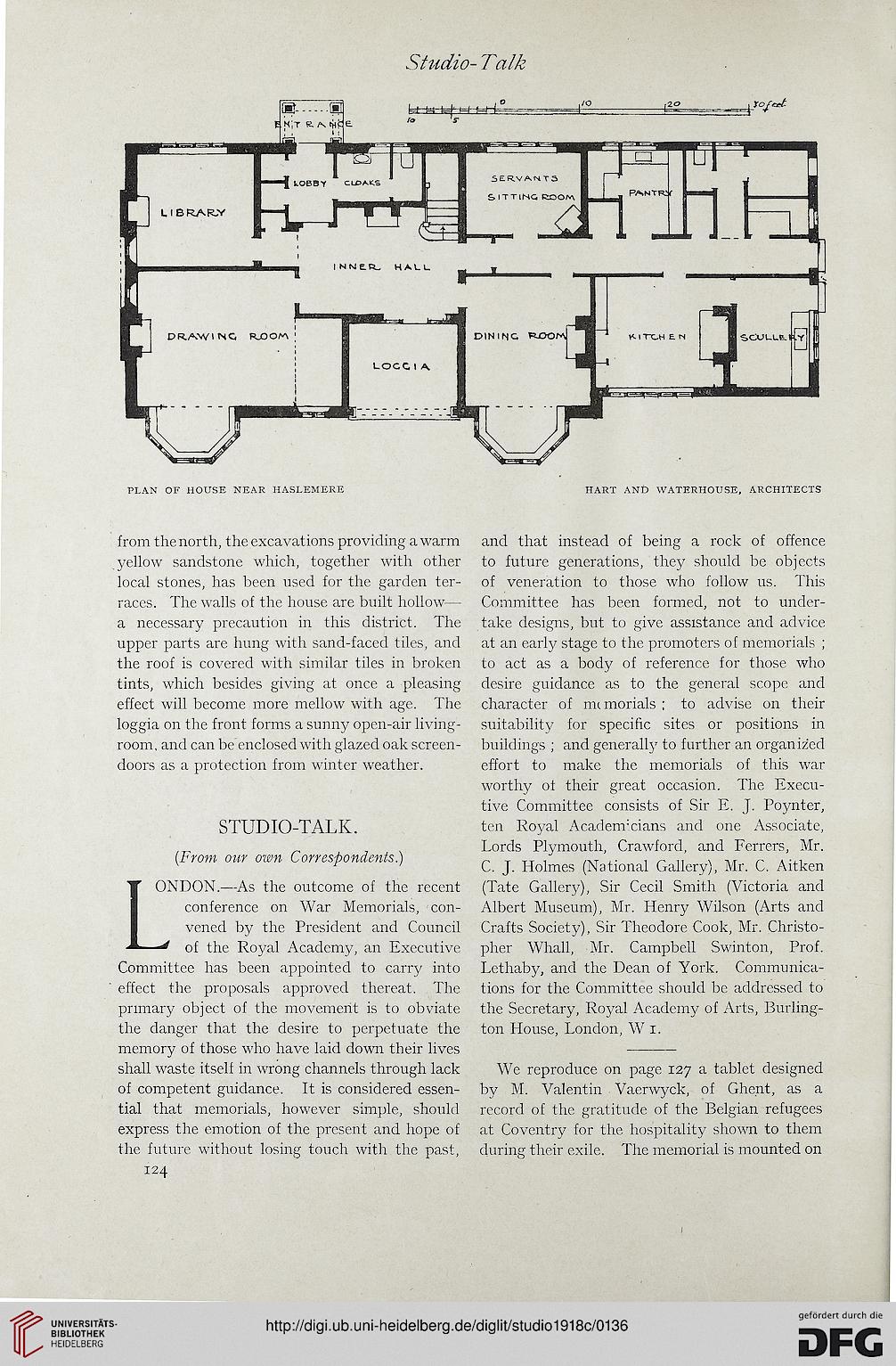 PLAN OF HOUSE NEAR HASLEMERE HART AND WATERHOUSE, ARCHITECTS

from the north, the excavations providing a warm and that instead of being a rock of offence

yellow sandstone which, together with other to future generations, they should be objects

local stones, has been used for the garden ter- of veneration to those who follow us. This

races. The walls of the house are built hollow— Committee has been formed, not to under-

a necessary precaution in this district. The take designs, but to give assistance and advice

upper parts are hung with sand-faced tiles, and at an early stage to the promoters of memorials ;

tints, which besides giving at once a pleasing desire guidance as to the general scope and

effect will become more mellow with age. The character of mc morials ; to advise on their

room, and can be enclosed with glazed oak screen- buildings ; and generally7 to further an organized

doors as a protection from winter weather. effort to make the memorials of this war

(From our own Correspondents.) Q j Mr c Aitken

LONDON.—As the outcome of the recent (Tate Gallery), Sir Cecil Smith (Victoria and

Committee has been appointed to carry into Lethaby, and the Dean of York. Communica-

effect the proposals approved thereat. The tions for the Committee should be addressed to

primary object of the movement is to obviate the Secretary, Royal Academy of Arts, Burling-

the danger that the desire to perpetuate the ton House, London, W i.
memory of those who have laid down their lives

of competent guidance. It is considered essen- by M. Valentin Vaerwyck, of Ghent, as a

tial that memorials, however simple, should record of the gratitude of the Belgian refugees

the future without losing touch with the past, during their exile. The memorial is mounted on
124