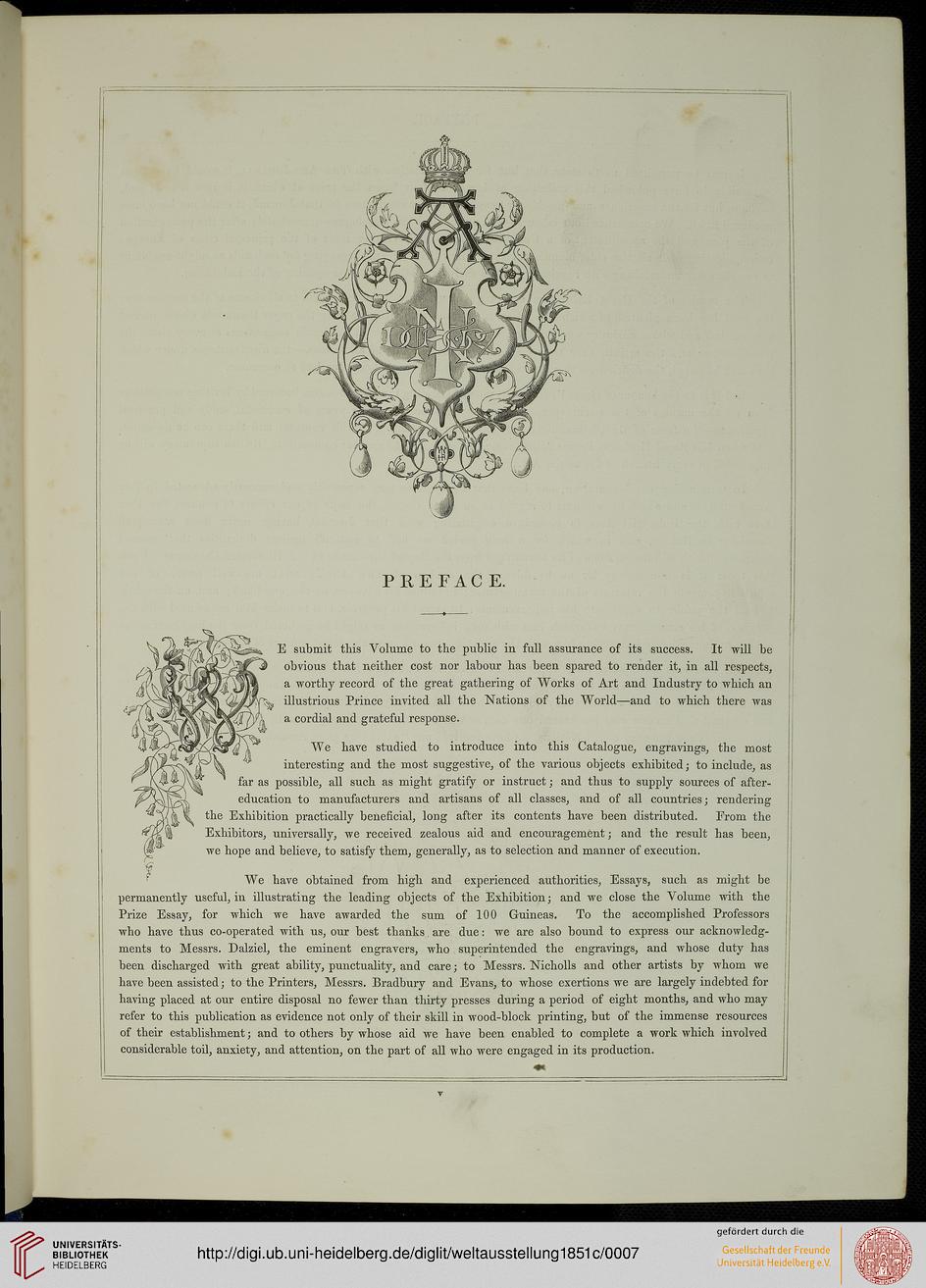 E submit this Volume to the public in full assurance of its success. It will be
obvious that neither cost nor labour has been spared to render it, in all respects,
a worthy record of the great gathering of Works of Art and Industry to which an
illustrious Prince invited all the Nations of the World—and to which there was
a cordial and grateful response.

We have studied to introduce into this Catalogue, engravings, the most
interesting and the most suggestive, of the various objects exhibited; to include, as
far as possible, all such as might gratify or instruct; and thus to supply sources of after-
education to manufacturers and artisans of all classes, and of all countries; rendering
the Exhibition practically beneficial, long after its contents have been distributed. From the
Exhibitors, universally, we received zealous aid and encouragement; and the result has been,
we hope and believe, to satisfy them, generally, as to selection and manner of execution.

We have obtained from high and experienced authorities, Essays, such as might be
permanently useful, in illustrating the leading objects of the Exhibition; and we close the Volume with the
Prize Essay, for which we have awarded the sum of 100 Guineas. To the accomplished Professors
who have thus co-operated with us, our best thanks. are due: we are also bound to express our acknowledg-
ments to Messrs. Dalziel, the eminent engravers, who superintended the engravings, and whose duty has
been discharged with great ability, punctuality, and care; to Messrs. Nicholls and other artists by whom we
have been assisted; to the Printers, Messrs. Bradbury and Evans, to whose exertions we are largely indebted for
having placed at our entire disposal no fewer than thirty presses during a period of eight months, and who may
refer to this publication as evidence not only of their skill in wood-block printing, but of the immense resources
of their establishment; and to others by whose aid we have been enabled to complete a work which involved
considerable toil, anxiety, and attention, on the part of all who were engaged in its production.