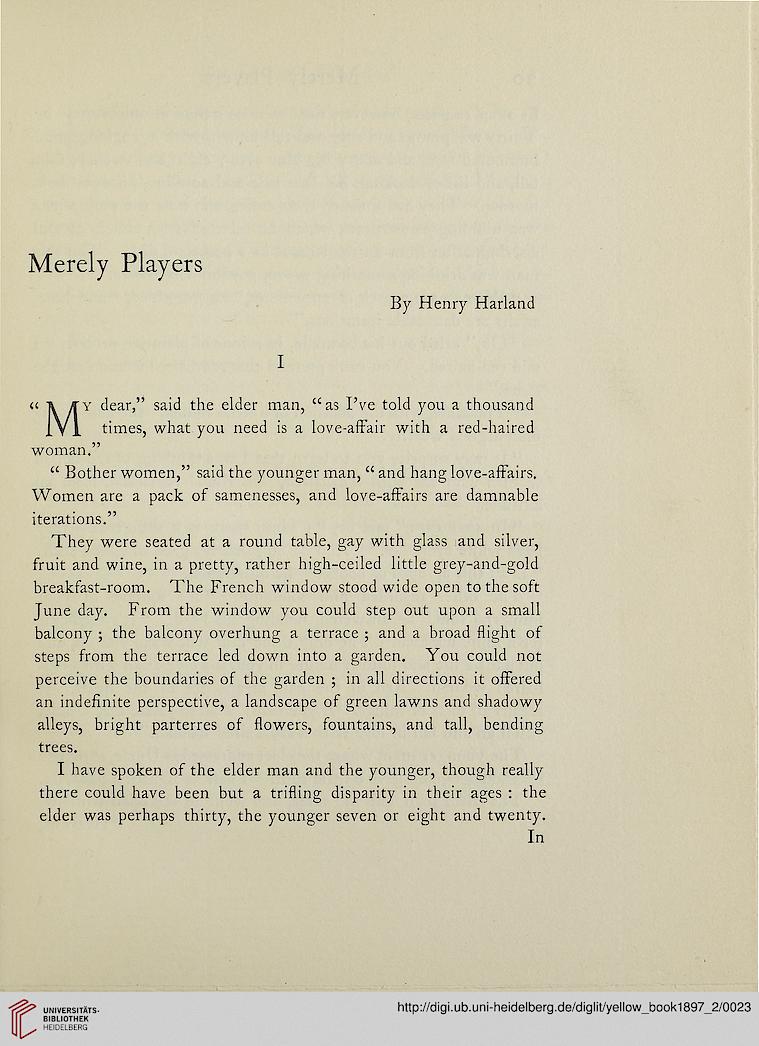 {Vi times, what you need is a love-affair with a red-haired
woman.”

“ Bother women,” said the younger man, “ and hang love-affairs.
Women are a pack of samenesses, and love-affairs are damnable
iterations.”

They were seated at a round table, gay with glass and silver,
fruit and wine, in a pretty, rather high-ceiled little grey-and-gold
breakfast-room. The French window stood wide open to the soft
June day. From the window you could step out upon a small
balcony ; the balcony overhung a terrace ; and a broad flight of
steps from the terrace led down into a garden. You could not
perceive the boundaries of the garden ; in all directions it offered
an indefinite perspective, a landscape of green lawns and shadowy
alleys, bright parterres of flowers, fountains, and tall, bending
trees.

I have spoken of the elder man and the younger, though really
there could have been but a trifling disparity in their ages : the
elder was perhaps thirty, the younger seven or eight and twenty.