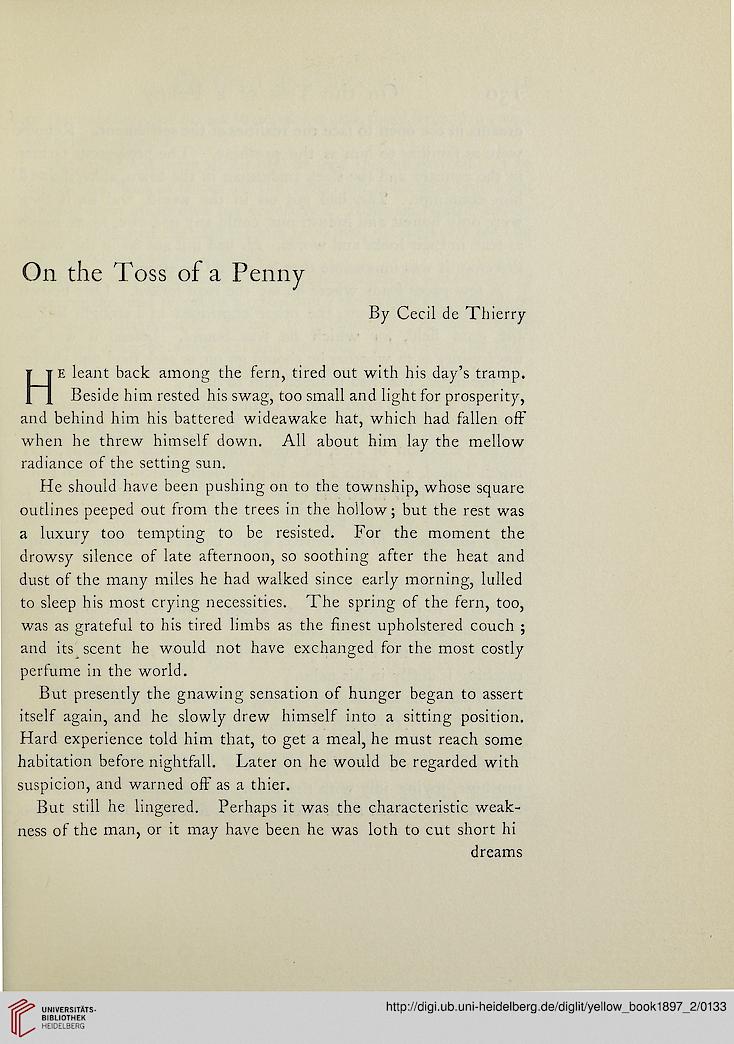 Information about OCR text
On the Toss of a Penny

He leant back among the fern, tired out with his day’s tramp.

Beside him rested his swag, too small and light for prosperity,
and behind him his battered wideawake hat, which had fallen off
when he threw himself down. All about him lay the mellow
radiance of the setting sun.

He should have been pushing on to the township, whose square
outlines peeped out from the trees in the hollow; but the rest was
a luxury too tempting to be resisted. For the moment the
drowsy silence of late afternoon, so soothing after the heat and
dust of the many miles he had walked since early morning, lulled
to sleep his most crying necessities. The spring of the fern, too,
was as grateful to his tired limbs as the finest upholstered couch ;
and its scent he would not have exchanged for the most costly
perfume in the world.

But presently the gnawing sensation of hunger began to assert
itself again, and he slowly drew himself into a sitting position.
Hard experience told him that, to get a meal, he must reach some
habitation before nightfall. Later on he would be regarded with
suspicion, and warned off as a thier.

But still he lingered. Perhaps it was the characteristic weak-
ness of the man, or it may have been he was loth to cut short hi