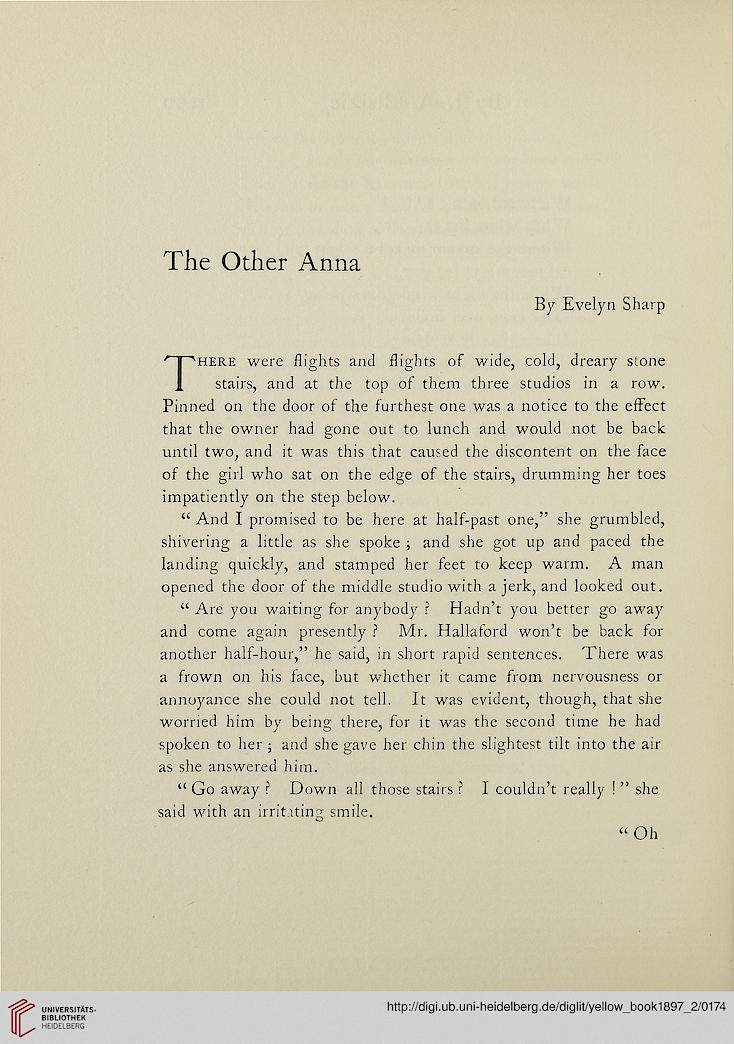 Information about OCR text
The Other Anna

here were flights and flights of wide, cold, dreary stone

stairs, and at the top of them three studios in a row.
Pinned on the door of the furthest one was a notice to the effect
that the owner had gone out to lunch and would not be back
until two, and it was this that caused the discontent on the face
of the girl who sat on the edge of the stairs, drumming her toes
impatiently on the step below.

“ And I promised to be here at half-past one,” she grumbled,
shivering a little as she spoke ; and she got up and paced the
landing quickly, and stamped her feet to keep warm. A man
opened the door of the middle studio with a jerk, and looked out.

“ Are you waiting for anybody ? Hadn’t you better go away
and come again presently ? Mr. Hallaford won’t be back for
another half-hour,” he said, in short rapid sentences. There was
a frown on his face, but whether it came from nervousness or
annoyance she could not tell. It was evident, though, that she
worried him by being there, for it was the second time he had
spoken to her ; and she gave her chin the slightest tilt into the air
as she answered him.

“ Go away ? Down all those stairs ? I couldn’t really ! ” she
said with an irritating smile.