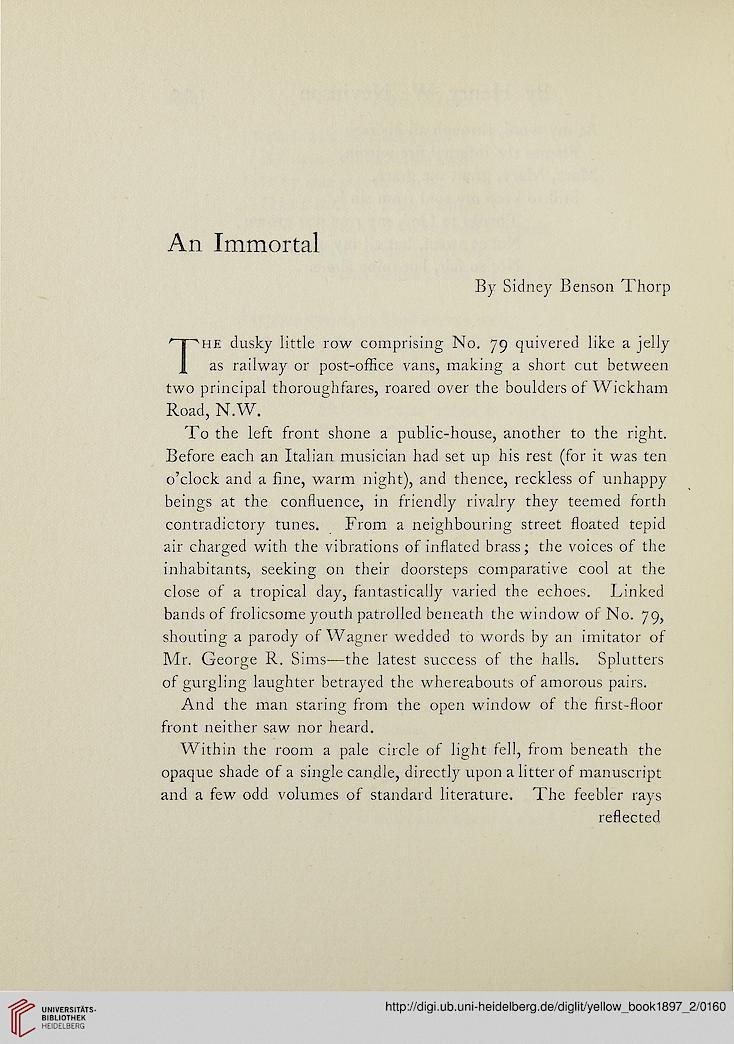 Information about OCR text
An Immortal

he dusky little row comprising No. 79 quivered like a jelly

as railway or post-office vans, making a short cut between
two principal thoroughfares, roared over the boulders of Wickham

To the left front shone a public-house, another to the right.
Before each an Italian musician had set up his rest (for it was ten
o’clock and a fine, warm night), and thence, reckless of unhappy
beings at the confluence, in friendly rivalry they teemed forth
contradictory tunes. From a neighbouring street floated tepid
air charged with the vibrations of inflated brass; the voices of the
inhabitants, seeking on their doorsteps comparative cool at the
close of a tropical day, fantastically varied the echoes. Linked
bands of frolicsome youth patrolled beneath the window of No. 79,
shouting a parody of Wagner wedded to words by an imitator of
Mr. George R. Sims-—the latest success of the halls. Splutters
of gurgling laughter betrayed the whereabouts of amorous pairs.

And the man staring from the open window of the first-floor
front neither saw nor heard.

Within the room a pale circle of light fell, from beneath the
opaque shade of a single candle, directly upon a litter of manuscript
and a few odd volumes of standard literature. The feebler rays