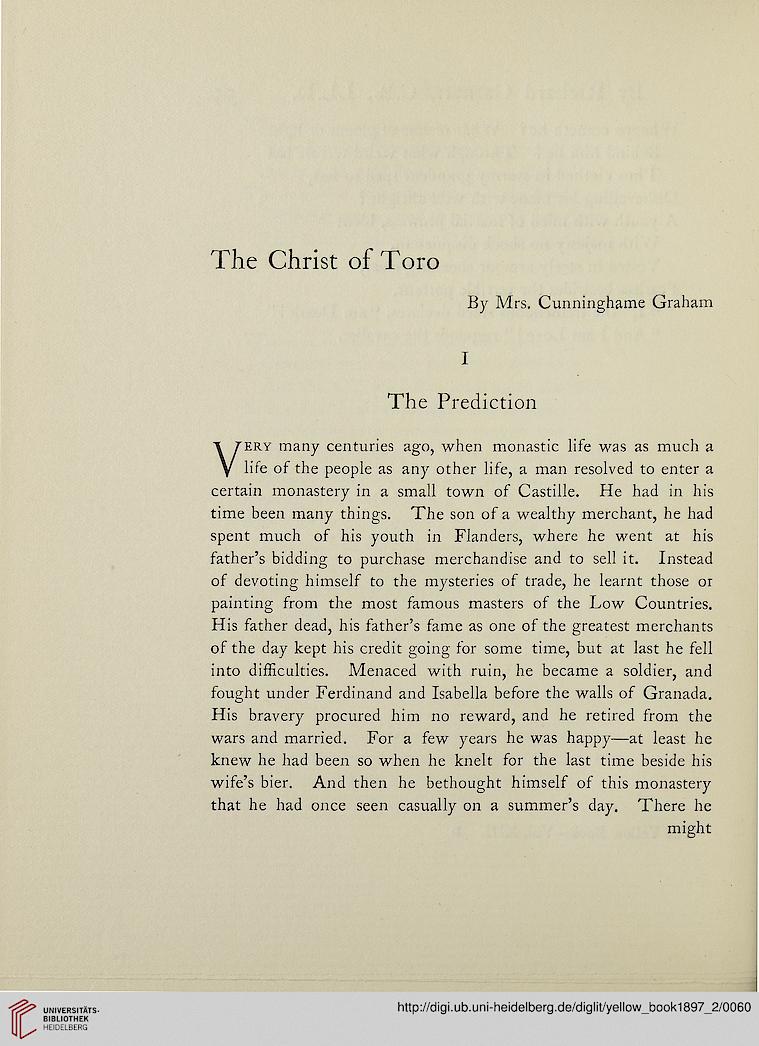 Information about OCR text
The Christ of Toro

Very many centuries ago, when monastic life was as much a
life of the people as any other life, a man resolved to enter a
certain monastery in a small town of Castille. He had in his
time been many things. The son of a wealthy merchant, he had
spent much of his youth in Flanders, where he went at his
father’s bidding to purchase merchandise and to sell it. Instead
of devoting himself to the mysteries of trade, he learnt those or
painting from the most famous masters of the Low Countries.
His father dead, his father’s fame as one of the greatest merchants
of the day kept his credit going for some time, but at last he fell
into difficulties. Menaced with ruin, he became a soldier, and
fought under Ferdinand and Isabella before the walls of Granada.
His bravery procured him no reward, and he retired from the
wars and married. For a few years he was happy—at least he
knew he had been so when he knelt for the last time beside his
wife’s bier. And then he bethought himself of this monastery
that he had once seen casually on a summer’s day. There he