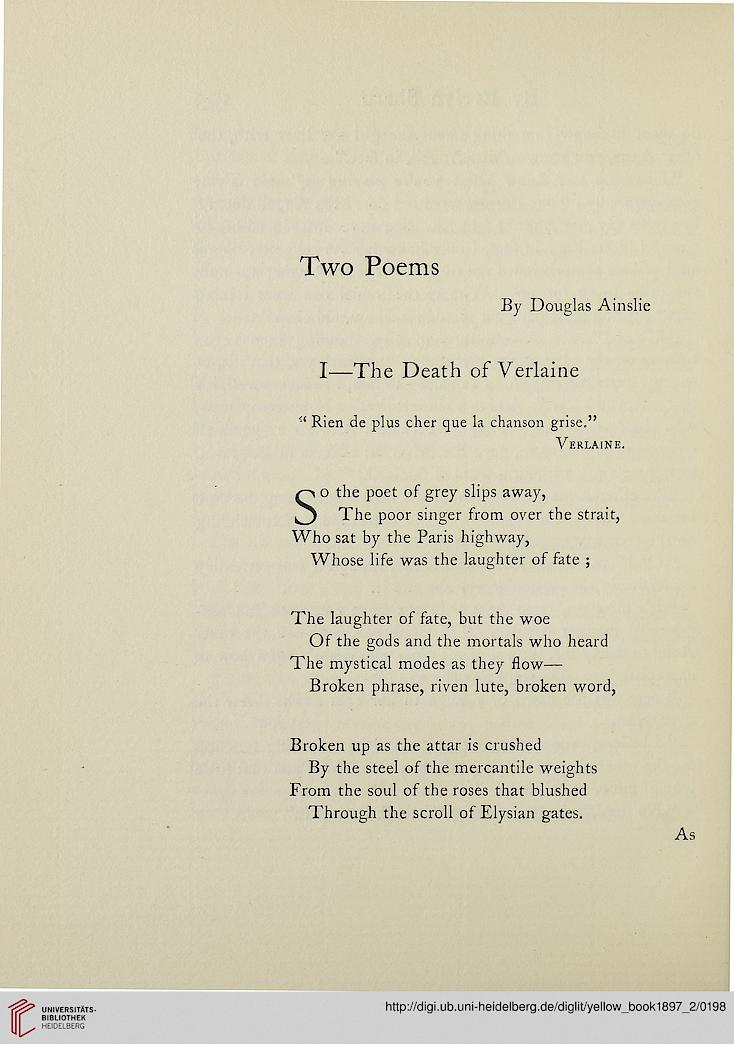 So the poet of grey slips away,

The poor singer from over the strait,
Who sat by the Paris highway,

Whose life was the laughter of fate ;

The laughter of fate, but the woe

Broken up as the attar is crushed

By the steel of the mercantile weights
From the soul of the roses that blushed
Through the scroll of Elysian gates.