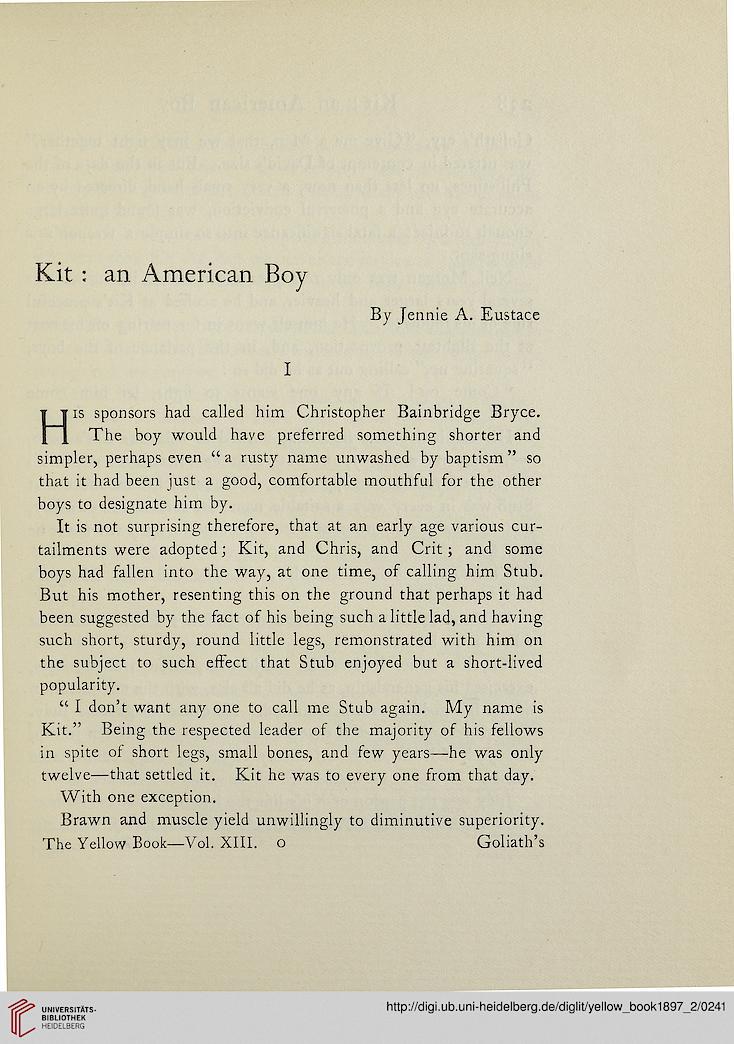 By Jennie A. Eustace

His sponsors had called him Christopher Bainbridge Bryce.

The boy would have preferred something shorter and
simpler, perhaps even “ a rusty name unwashed by baptism ” so
that it had been just a good, comfortable mouthful for the other
boys to designate him by.

It is not surprising therefore, that at an early age various cur-
tailments were adopted; Kit, and Chris, and Crit ; and some
boys had fallen into the way, at one time, of calling him Stub.
But his mother, resenting this on the ground that perhaps it had
been suggested by the fact of his being such a little lad, and having
such short, sturdy, round little legs, remonstrated with him on
the subject to such effect that Stub enjoyed but a short-lived
popularity.

“ I don’t want any one to call me Stub again. My name is
Kit.” Being the respected leader of the majority of his fellows
in spite of short legs, small bones, and few years—he was only
twelve—that settled it. Kit he was to every one from that day.
With one exception.