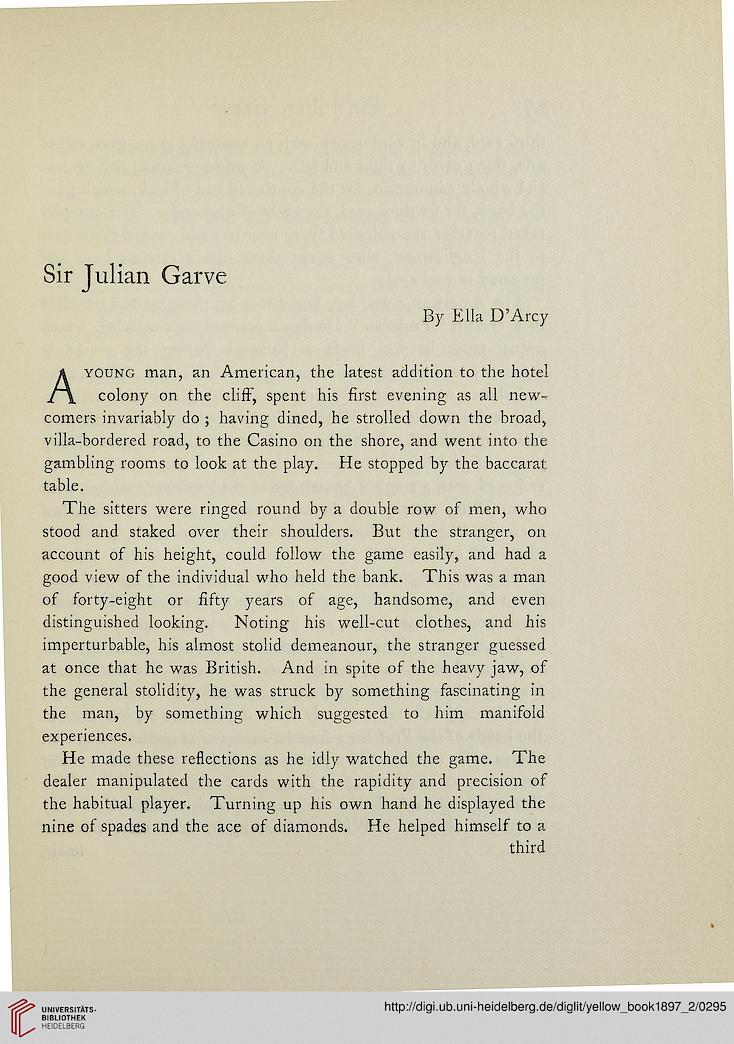 young man, an American, the latest addition to the hotel

colony on the cliff, spent his first evening as all new-
comers invariably do ; having dined, he strolled down the broad,
villa-bordered road, to the Casino on the shore, and went into the
gambling rooms to look at the play. He stopped by the baccarat

The sitters were ringed round by a double row of men, who
stood and staked over their shoulders. But the stranger, on
account of his height, could follow the game easily, and had a
good view of the individual who held the bank. This was a man
of forty-eight or fifty years of age, handsome, and even
distinguished looking. Noting his well-cut clothes, and his
imperturbable, his almost stolid demeanour, the stranger guessed
at once that he was British. And in spite of the heavy jaw, of
the general stolidity, he was struck by something fascinating in
the man, by something which suggested to him manifold
experiences.

He made these reflections as he idly watched the game. The
dealer manipulated the cards with the rapidity and precision of
the habitual player. Turning up his own hand he displayed the
nine of spades and the ace of diamonds. He helped himself to a