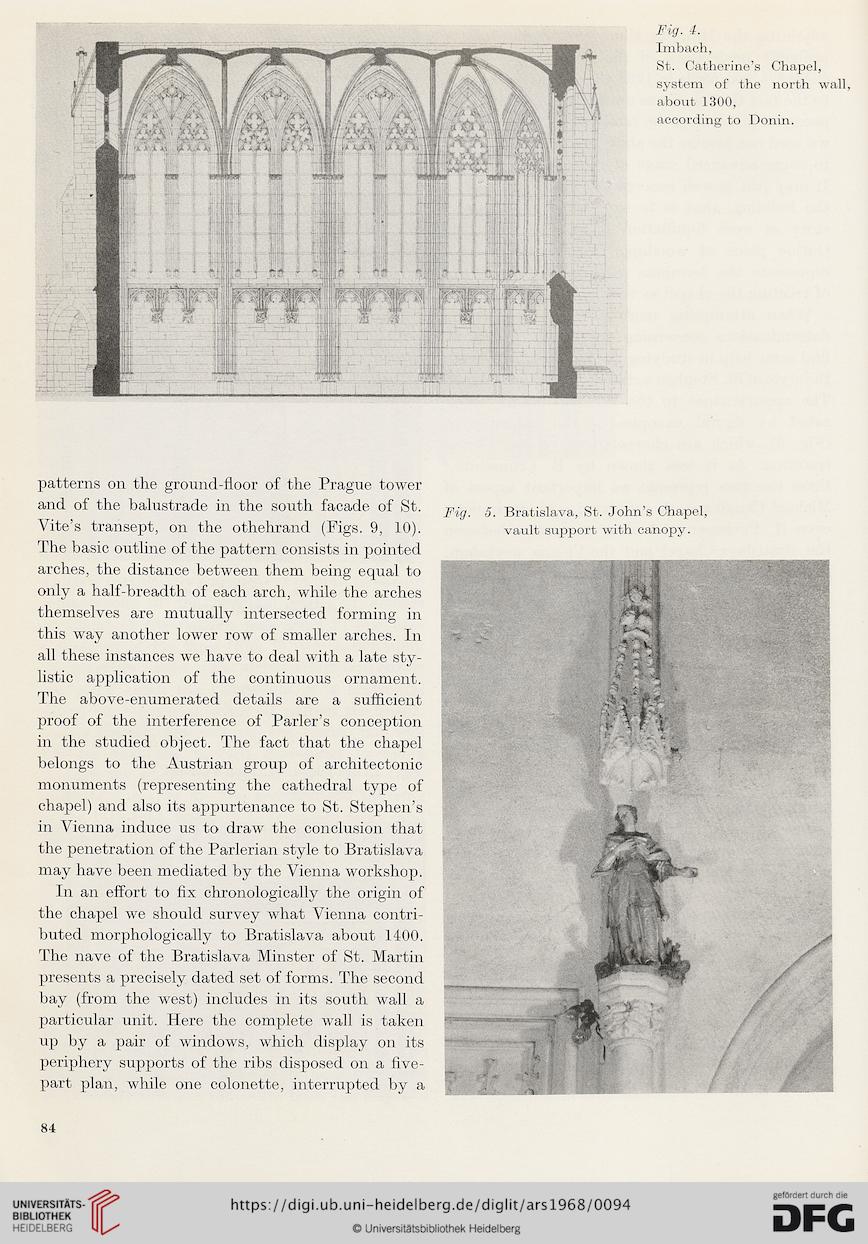 Fig. 4.
Imbach,
St. Catherine’s Chapel,
systém of the north wall,
about 1300,
according to Donin.

patterns on the ground-floor of the Prague tower
and of the balustrade in the south façade of St.
Vite’s transept, on the othehrand (Figs. 9, 10).
The basic outline of the pattern consists in pointed
arches, the distance between them being equal to
only a half-breadth of each arch, while the arches
themselves are mutually intersected forming in
this way another lower row of smaller arches. In
all these instances we ha ve to deal with a late sty-
listic application of the continuons ornament.
The above-enumerated details are a sufficient
proof of the interference of Parler’s conception
in the studied object. The fact that the chapel
belongs to the Austrian group of architectonie
monuments (representing the cathédral type of
chapel) and also its appurtenance to St. Stephen’s
in Vienna induce us to draw the conclusion that
the pénétration of the Parlerian style to Bratislava
may have been mediated by the Vienna workshop.
In an effort to fix chronologically the origin of
the chapel we should survey what Vienna contri-
buted morphologically to Bratislava about 1400.
The nave of the Bratislava Minster of St. Martin
présents a precisely dated set of forms. The second
bay (from the west) includes in its south wall a
particular unit. Here the complété wall is taken
up by a pair of Windows, which display on its
periphery supports of the ribs disposed on a five-
part plan, while one colonette, interrupted by a