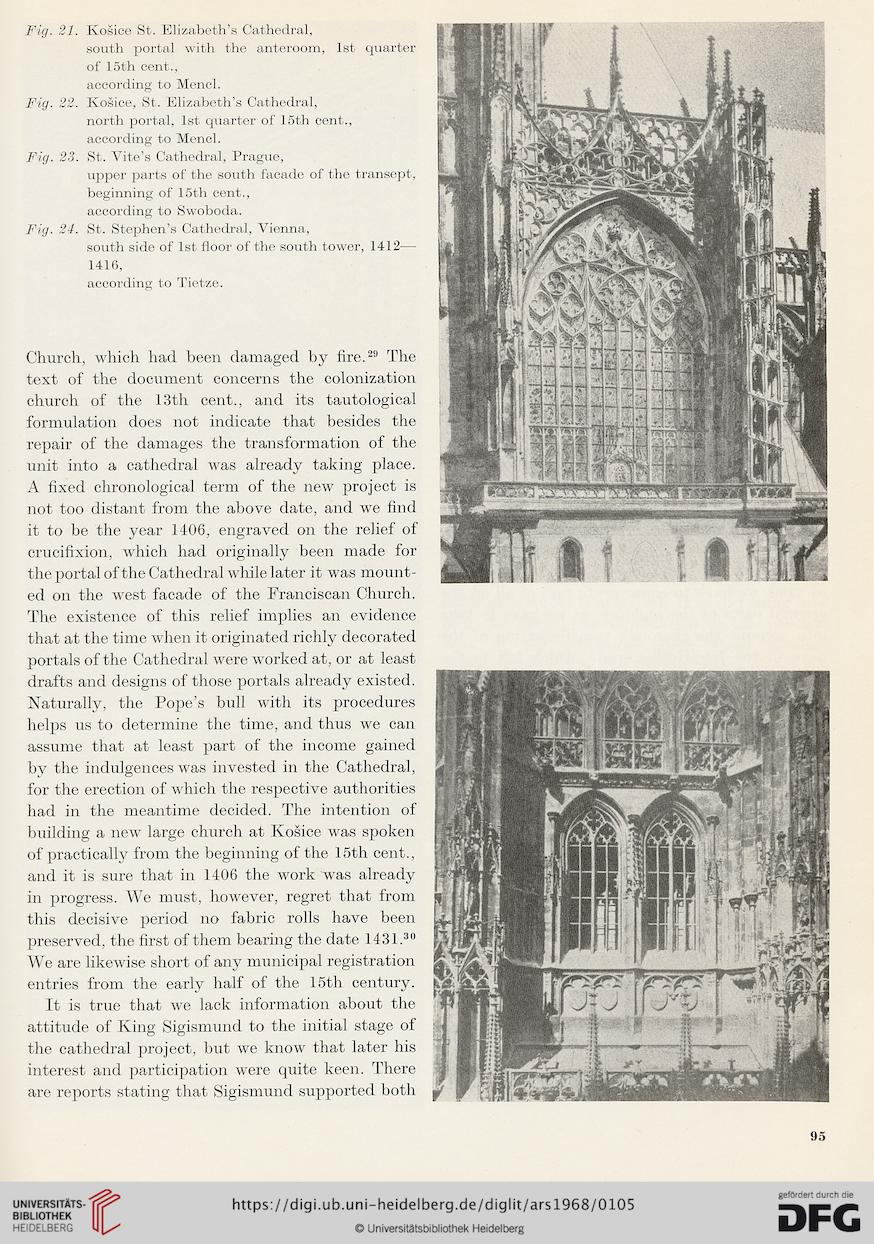 Church, which had been damaged by fire.29 The
text of the document concerns the colonization
church of the 13th cent., and its tautological
formulation does not indicate that besides the
repair of the damages the transformation of the
unit into a cathédral was already taking place.
A fixed chronological term of the new project is
not too distant from the above date, and we find
it to be the year 1406, engraved on the relief of
crucifixion, which had originally been made for
the portal ofthe Cathedra! while later it was mount-
ed on the west façade of the Franciscan Church.
The existence of this relief implies an evidence
that at the time when it originated richly decorated
portais of the Cathedra! were worked at, or at least
drafts and designs of those portais already existed.
Naturally, the Pope’s bull with its procedures
helps us to détermine the time, and thus we can
assume that at least part of the income gained
by the indulgences was invested in the Cathédral,
for the érection of which the respective authorities
had in the meantime decided. The intention of
building a new large church at Košice was spoken
of practically from the beginning of the 15th cent.,
and it is sure that in 1406 the work was already
in progress. We must, however, regret that from
this décisive period no fabric rolls have been
preserved, the first of them bearing the date 1431.30
We are likewise short of any municipal registration
entries from the early half of the 15th Century.
It is true that we lack information about the
attitude of King Sigismund to the initial stage of
the cathédral project, but we know that later his
interest and participation were quite keen. There
are reports stating that Sigismund supported both