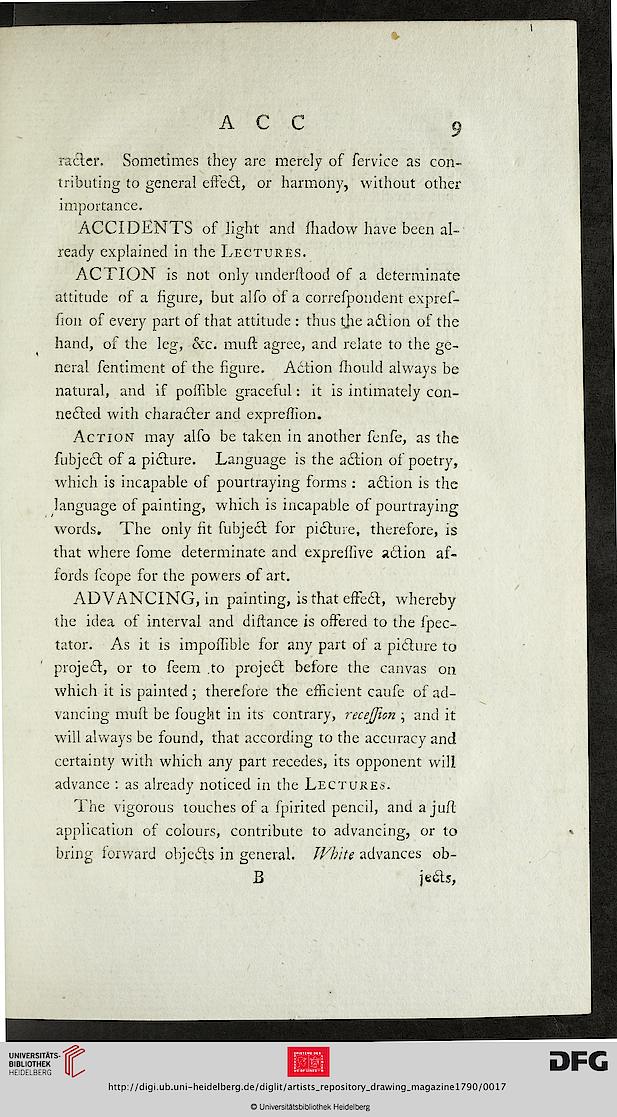 racier. Sometimes they are merely of fervice as con-
tributing to general effect, or harmony, without other
importance.

ACCIDENTS of light and fhadow have been al-
ready explained in the Lectures.

ACTION is not only underftood of a determinate
attitude of a figure, but alfo of a correfpondent expref-
fion of every part of that attitude : thus tjie a£tion of the
hand, of the leg, &c. muff, agree, and relate to the ge-
neral fentiment of the figure. Action fhould always be
natural, and if poffible graceful: it is intimately con-
nected with character and expreffion.

ADVANCING, in painting, is that effect, whereby
the idea of interval and diftance is offered to the fpec-
tator. As it is impoffible for any part of a picture to
project, or to feem to project before the canvas on
which it is painted; therefore the efficient caufe of ad-
vancing muft be fought in its contrary, recejfion ; and it
will always be found, that according to the accuracy and
certainty with which any part recedes, its opponent will
advance : as already noticed in the Lecture*.

The vigorous touches of a fpirited pencil, and a juft
application of colours, contribute to advancing, or to
bring forward objects in general. White advances ob-