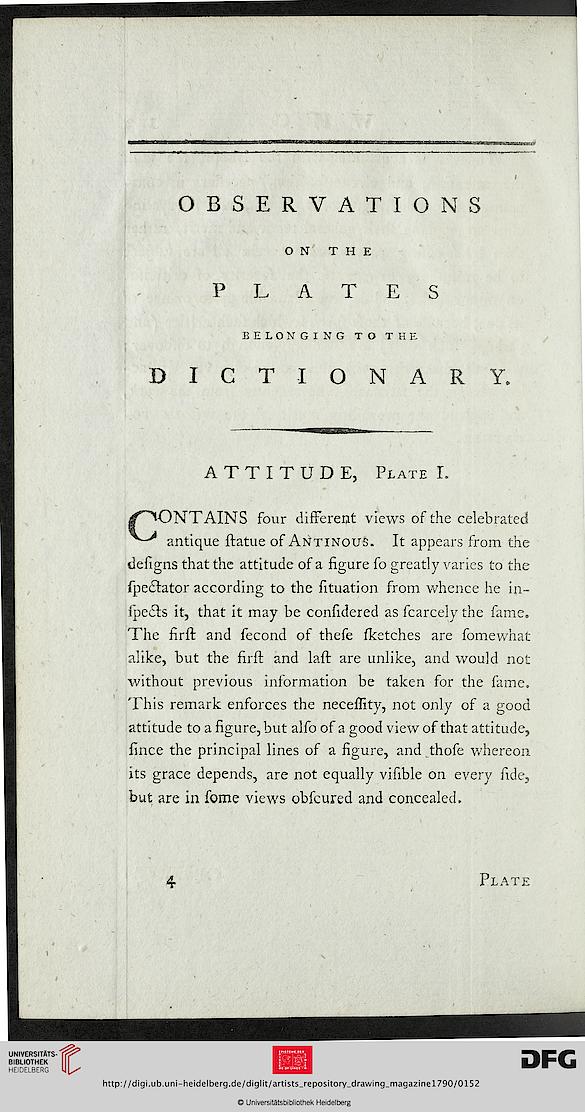 /CONTAINS four different views of the celebrated
antique ftatue of Antinous. It appears from the
ilefigns that the attitude of a figure fo greatly varies to the
fpeclator according to the fituation from whence he in-
fpecTis it, that it may be confidered as fcarcely the fame.
The firft. and fecond of thefe (ketches are fomewhat
alike, but the firft and laft are unlike, and would not
without previous information be taken for the fame.
This remark enforces the necefiity, not only of a good
attitude to a figure, but alfo of a good view of that attitude,
fince the principal lines of a figure, and thofe whereon
its grace depends, are not equally vifible on every fide,
but are in fome views obfeured and concealed.