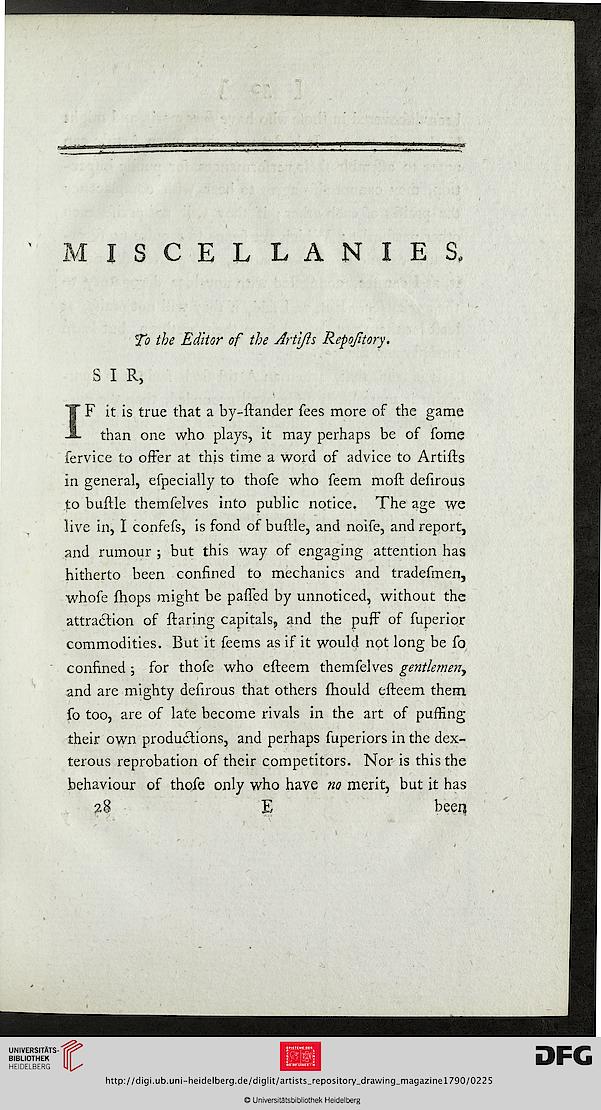 To the Editor of the Artijis Repository.
S I R,

T F it is true that a by-ftander fees more of the game
A than one who plays, it may perhaps be of fome
fervice to offer at this time a word of advice to Artifts
in general, efpecially to thofe who feem moft defirous
to buttle themfelves into public notice. The age we
live in, I confefs, is fond of buftle, and noife, and report,
and rumour ; but this way of engaging attention has
hitherto been confined to mechanics and tradefmen,
whofe mops might be parTed by unnoticed, without the
attraction of flaring capitals, and the puff of fuperior
commodities. But it feems as if it would not long be fo
confined ; for thofe who efteem themfelves gentlemeny
and are mighty defirous that others mould efteem them
fo too, are of late become rivals in the art of puffing
their own productions, and perhaps fuperiors in the dex-
terous reprobation of their competitors. Nor is this the
behaviour of thofe only who have no merit, but it has
%% E beerj