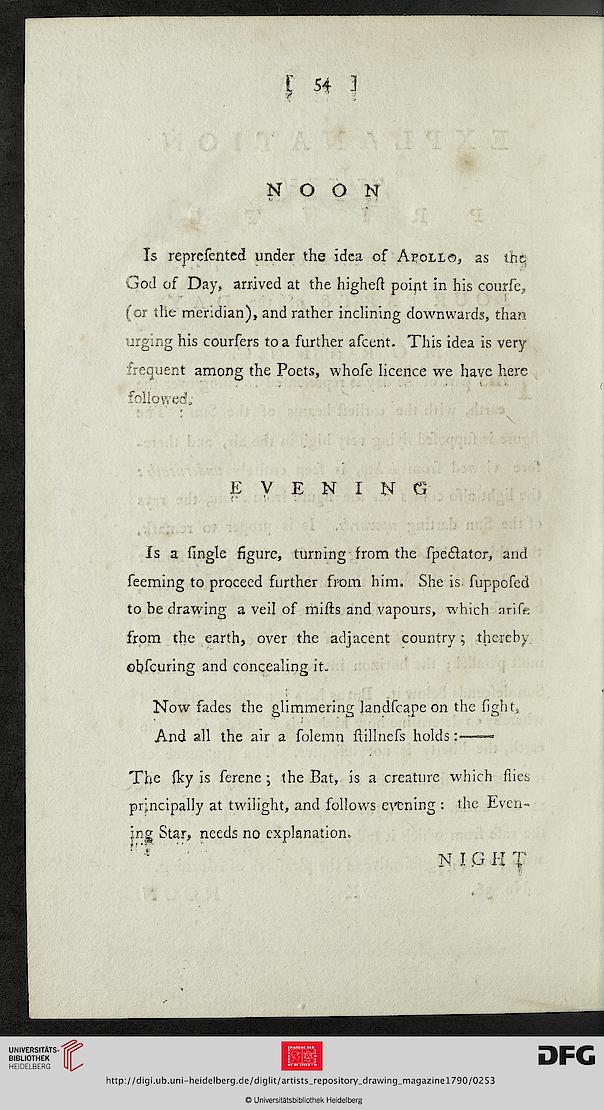 Information about OCR text
I 54 3

Is reprefented under the idea of Apollo, as the;
God of Day, arrived at the higheft point in his courfe,
(or the meridian), and rather inclining downwards, than
urging his courfers to a further afcent. This idea is very
frequent among the Poets, whofe licence we have here

Is a fingle figure, turning from the fpeclator, and
feeming to proceed further from him. She is fuppofed
to be drawing a veil of mifts and vapours, which arife
from the earth, over the adjacent country; thereby,
obfeuring and concealing it.

Now fades the glimmering landfcape on the fight,
And all the air a folemn ftillnefs holds:——■

The fky is ferene; the Bat, is a creature which flies
principally at twilight, and follows evening : the Even-
ing Star, needs no explanation-