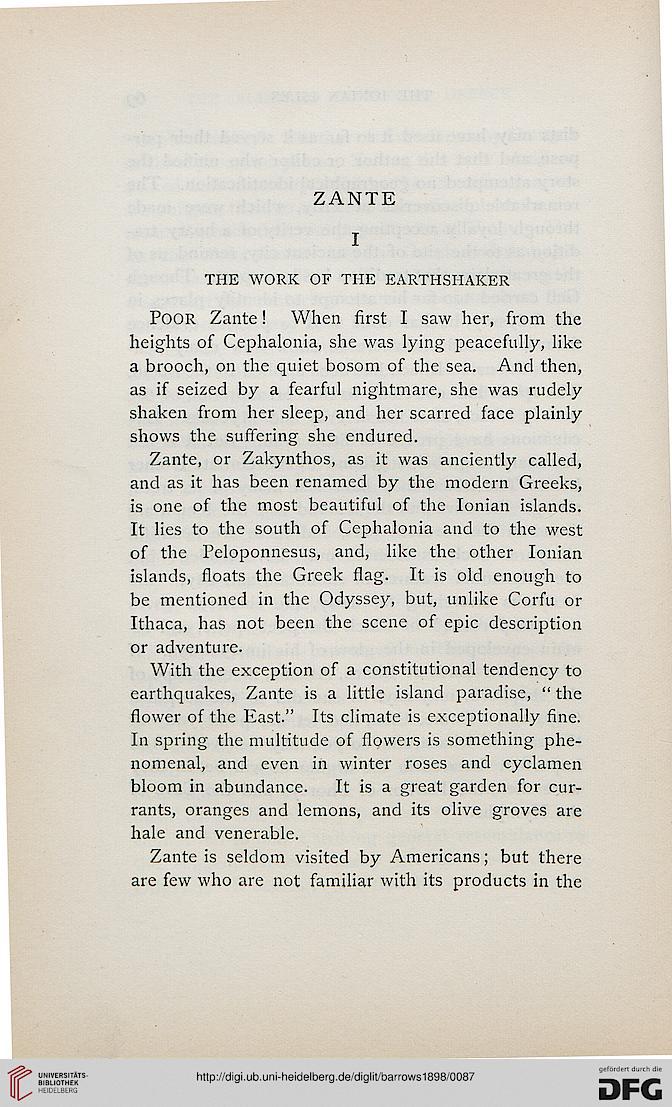 THE WORK OF THE EARTHSHAKER

POOR Zantc! When first I saw her, from the
heights of Cephalonia, she was lying peacefully, like
a brooch, on the quiet bosom of the sea. And then,
as if seized by a fearful nightmare, she was rudely
shaken from her sleep, and her scarred face plainly
shows the suffering she endured.

Zante, or Zakynthos, as it was anciently called,
and as it has been renamed by the modern Greeks,
is one of the most beautiful of the Ionian islands.
It lies to the south of Cephalonia and to the west
of the Peloponnesus, and, like the other Ionian
islands, floats the Greek flag. It is old enough to
be mentioned in the Odyssey, but, unlike Corfu or
Ithaca, has not been the scene of epic description
or adventure.

With the exception of a constitutional tendency to
earthquakes, Zantc is a little island paradise, " the
flower of the East." Its climate is exceptionally fine.
In spring the multitude of flowers is something phe-
nomenal, and even in winter roses and cyclamen
bloom in abundance. It is a great garden for cur-
rants, oranges and lemons, and its olive groves are
hale and venerable.

Zante is seldom visited by Americans; but there
are few who are not familiar with its products in the