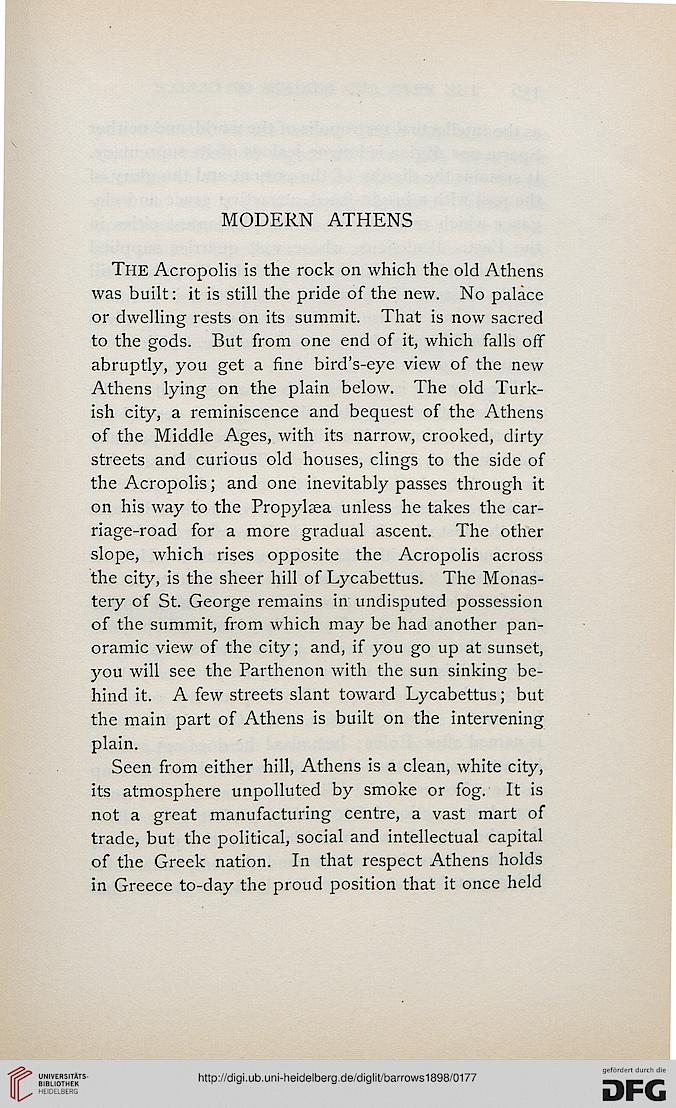 The Acropolis is the rock on which the old Athens
was built: it is still the pride of the new. No palace
or dwelling rests on its summit. That is now sacred
to the gods. But from one end of it, which falls off
abruptly, you get a fine bird's-eye view of the new
Athens lying on the plain below. The old Turk-
ish city, a reminiscence and bequest of the Athens
of the Middle Ages, with its narrow, crooked, dirty
streets and curious old houses, clings to the side of
the Acropolis; and one inevitably passes through it
on his way to the Propylaea unless he takes the car-
riage-road for a more gradual ascent. The other
slope, which rises opposite the Acropolis across
the city, is the sheer hill of Lycabcttus. The Monas-
tery of St. George remains in undisputed possession
of the summit, from which may be had another pan-
oramic view of the city; and, if you go up at sunset,
you will see the Parthenon with the sun sinking be-
hind it. A few streets slant toward Lycabettus; but
the main part of Athens is built on the intervening
plain.

Seen from either hill, Athens is a clean, white city,
its atmosphere unpolluted by smoke or fog. It is
not a great manufacturing centre, a vast mart of
trade, but the political, social and intellectual capital
of the Greek nation. In that respect Athens holds
in Greece to-day the proud position that it once held